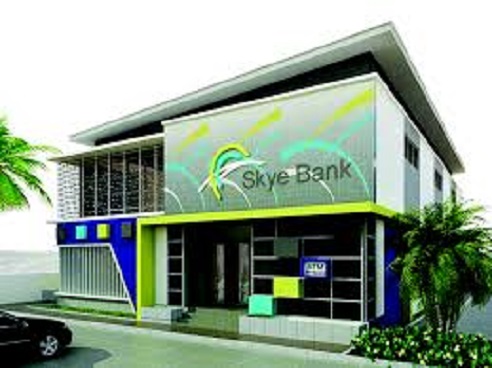 The worst is far from being over for Skye Bank as it is yet to submit its 2016 financial account to the Nigerian Stock Exchange (NSE), making it a laggard of the 16 listed commercial banks.

The bank had promised to submit its accounts to the bourse by 12 May 2017 but its failure to meet up has signalled that the bank is still in a sorry state.

Sources at the bank, however, laid the defaults on the CBN for withholdingapproval of the bank’s account. “We await the CBN’s approval which has not come. We cannot submit to any other regulator without it,” a senior official of the bank said.

The NSE had set April ending as due date for listed companies to submit first quarter results and July 31 for the half-year results.

The stipulated three months given by the NSE to listed companies to submit Audited Financial Statements (AFS) by 31December 2016 expired on 31 March 2017.

With this, Skye Bank has violated Rule 1.1.4 of The Exchange on Filing of Accounts and Treatment of Default Filing, Rulebook of The Exchange, which requires listed companies to file their AFS “with The Exchange not later than 90 calendar days after the relevant year end.”

The series of default will attract sanctions from Securities and Exchange Commission (SEC), which is the capital market regulator, and the NSE.

The CBN, however, has kept mum on the status of Skye bank’s account, fuelling speculation that the apex bank’s intervention may not have yielded the desired results.

The CBN had on 4 July 2016 intervened in the bank with a new board and management in addition to injecting N100 billion to address the Skye Bank’s declining prudential ratios and return it to sustainable profitability with a mandate to reduce cost to income ratio; improve asset quality; improve liquidity and capital adequacy and restore profitability.

One year after, the depositors and the shareholders are still uncertain about the health of Skye Bank that has exited a sizable number of its workforce in the last one year.

The initiatives, according to the management, have enhanced liquidity and efficient service delivery to the customers since the regulatory body induced the taking over of the bank.

Skye Bank said that it had recovered over N60 billion of outstanding bad loans over the past one year as part of its aggressive recovery initiatives.This is yet to reflect as its workers allege that the lender is still in the red and its future shaky. They cite non-compliance to corporate governance stipulations with prevalent unethical practices.

An instance was the allegation of honouring cheques on underfunded accounts by top management officials. This, according to the workers, isunhealthy.

Skye Bank had, in a statement to the NSE in March, said, “The 2016 Audited Financial Statements which is already with the CBN for its review and regulatory approval and the quarterly returns for 2016 would be filed on or before Friday 12 May 2017.”

The bank is yet to keep to its words two months after the end of the 2017 half-year results, which it has also defaulted.

Other listed lenders have all released their 2017 half-year results to the NSE.

Meanwhile, Skye Bank is yet to overcome CBN’s intervention as its share price swings around N0.50, following surging profit-taking by investors. It traded at N0.75 in July 2017.

The bank, however, released its 2015 Audited Annual Report and Financial Statements after a prolonged delay which was mainly due to the integration of Mainstreet Bank, which it acquired last year.

Findings about the 2015 results at the Financial Reporting Council (FRC) showed the account was allegedly riddled with discrepancies which the bank management could not defend.

“We wrote to Skye Bank severally to bring their 2015 account and when it was finally presented, we discovered that on some pages they used biro pento input figures and we wrote to the management to bring the one that was signed off by the external auditors. We are still waiting for Skye Bank financial statements till today,” said a manager at the FRC.

Kindly Share This Story:…harps on the importance of personal safety protocols The Coalition Against Covid19…