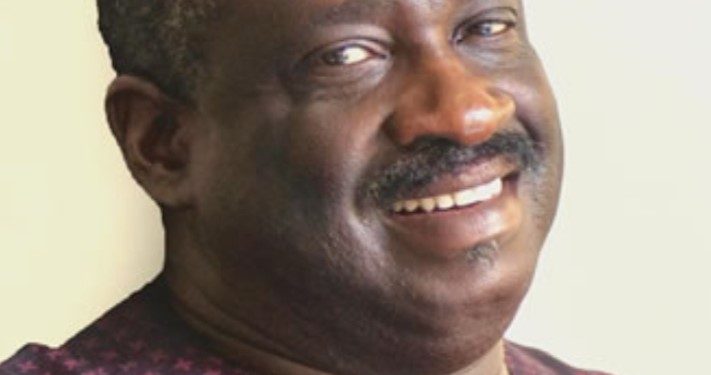 If Tayo Ayeni, Chairman and Chief Executive of Skymit Motors, were to launch a book on his success story, one name that will keep reoccurring is “Adetutu Ayeni”, his delectable ravishing soul mate.

Debonair Tayo is grateful to his creator, for making him cross path with a “Jewel of Inestimable Value” like Adetutu.

Interestingly, the Ilesha, Osun State- born Business tycoon, might have been touched by Venus, the ancient Roman goddess of love. Words cannot describe his love for Adetutu.

After meeting her at 17, as an undergraduate student of Law at the Lagos State University, Tayo had vowed to make everything that concerns Adetutu paramount to him.

In October, Adetutu, a lawyer and Managing Director of Space Property Limited, will slide into the Golden Age of 50.

Tayo is currently planning to throw a mega 50th birthday Soiree for her at an undisclosed highbrow venue, in the city of aquatic splendor.

In 2013, when Tayo hit the golden age of 50, his birthday Soiree was indeed a talk of the town.

Memories from the day linger in the minds of those who attended.

Trust Tayo, when it comes to putting high octane events together, he is a professional extraordinaire.

The high-octane birthday party will play host to business associates, friends and family.

Those privileged to attend, will savour their taste buds, with an array of continental and local dishes; complimented with high-cost Champagnes and other assorted drinks.

When he held sway as commissioner for Information in Delta State under former Governor, Emmanuel Uduaghan, Barrister Chike Ogeah handled his job with due diligence.

His wealth of knowledge in governance and close relationship with his boss; positioned him as one of the most influential Commissioners in the administration.

His résumé is quite an intimidating one. He didn’t stumble on politics and administrative works. He had been a major player in several private and public establishments over the years.

Prior to his appointment in 2011 as Commissioner, Chike worked at the National Planning Commission as Special Assistant to two Chief Economic Advisers to the President.

He was appointed the National Coordinator of the States Economic Empowerment Development Strategy (SEEDS). Chike then proceeded to work as a Facilitating Consultant in the Office of the Millennium Development Goals within the Presidency.

The graduate of Psychology and Law from the University of Lagos, who is currently witnessing the proverbial seventh heaven like that of a woman whom just got delivered a bouncing baby boy.

His daughter, Uche Ogeah, is about to walk down the aisle with her fiancée of many years. The introduction ceremony is billed to hold in mid- November while the engagement will hold in December.

The high octane white wedding will take place in February 2020 at his ancestral home in Delta.

The wedding will play host to the; Crème de la crème, top political elites, Government functionaries and captains of industries. He will spare no cost to fete invited guest to the very best of local and continental dishes laced with high cost drinks.