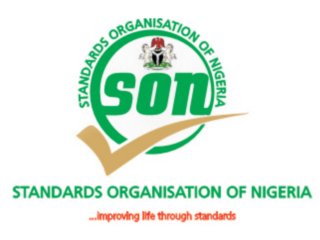 The Standards Organisation of Nigeria (SON) has called on Nigerians to raise the level of their environmental consciousness as a way of forestall disasters associated with environmental abuse.
The agency gave the advices today in Lagos at a one-day stakeholders’ senistisation workshop on the ISO 14001, an environment management system c certification
Engr Abner Timothy,  Head, Training of the SON said the workshop had become imperative given the increasing level of environmental abuse, which he observed is more prevalent in the urban centres.
He said the ideal of ISO 14001 was to provide a framework for a holistic, strategic approach to an organisation’s environmental policy, plans and actions, adding that its advantages included increased optimisation of energy resources as well as reduction in wastes.
He said this is part of the message that the SON, as an affiliate of the International Organisation for Standardisation (ISO) had been trying to pass across, especially as the things – people, the oceans, rainforest and the flowers, – which make the earth beautiful were not endangered.
The endangering, he said, had come from pollution, climate change, oil spill and general environmental degradation, and other harmful effect of human activity on biophysical environment.
Highlighting the negative impacts of natural resource depletion like fossil fuel consumption which was resulting to Green House Gas; and waste disposal, he described nuclear waste as the most dangerous of the wastes.
According to him: “Perhaps, the solution to all the issues pertaining to pollution, resources degradation and effects on the environment could have been eliminated or at least minimized if a sound environmental management system were in place in the areas where these events occurred”.
He said an Environment Management System (EMS), is a system put in place that keeps things running smoothly, and that an EMS brings together, people, policies, plans, review mechanisms, and procedures,  to manage environmental issues at a facility or in an organisation”.
According to him, the benefits are numerous, and include the effective utilisation of natural resources and
reduction in energy consumption.
Abner said that organisations with lower environmental risks can obtain project financing more easily, at more favourable conditions and at lower insurance costs, adding that this could reduce their legal liability to prosecution.
He added: “Customers who are environmental conscious will be more likely to choose and patronise the products/services of organisations with sound environmental performance.  EMS helps to heighten customers’ awareness of the organisation’s management skills and serves as a basis for quality service”.
Advertisement

According to Abner, organisations which embrace EMS succeed in distinguishing themselves from others by showing their customers that their products and services are provided in an environment friendly manner. An organisation which can exert sound environment concern can build up a green image and establish a good reputation to the public”.
The workshop also featured step by step procedure to installing an EMS and some of the participants, who spoke to our reporter  described it as an eye-opener which would help them on their desks back at their respective organisations.