The Standards Organisation of Nigeria (SON) while destroying about four truck loads of substandard cable wires seized in several warehouses across Lagos has described locally produced cables as the best. 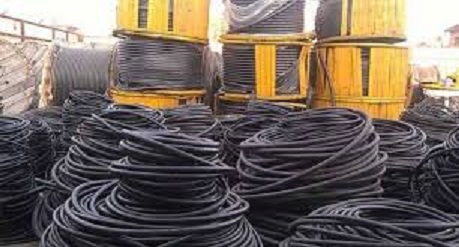 The Director, Compliance and Inspectorate, Engr. Obiora Manafa of SON on Tuesday made the statement, while briefing the press explained the grave danger the substandard cables could cause in homes.

Manafa said that the cables did not meet up with the safety requirements of the country, adding that the wires are not fire resistant even the insulations.

He advised Nigerians to patronise locally produced cable, saying it is the best because the manufacturers adhere to the regulations of standards.

The Director added that there are some imported cable wires that meet the requirements but if they are endorsed by SON.

He educate public saying “We have different kinds of cables seized from warehouses of importers; they are about four trucks altogether.

“We have other ones that are undergoing court processes and that will be destroyed once we get court orders for them but these ones, we have obtained court order and we are destroying them.

“We should not allow these cables to enter any home, it is our responsibility to protect lives and properties.

“It is also our responsibility to make sure that these cables do not find their ways into the markets so that people will not buy them because there are critical parameters we call conductor resistance and insulator resistance.

“They have failed these parameters woefully and we cannot allow the people to use them because these are the cables that when you go out from home and when you return, you see your house burnt”.

Engr. Manafa explained further that some people do conduit wiring in their house and the danger is that “one does not know when the wires begin to burn, they gum to the wall until you get impact of the burning and it could be in the middle of the night”.

He warned Nigerians against patronising such substandard cables because some of them look like copper whereas they are iron which conductor resistance is very high and not allowing free flow of current.

He pointed out that once the conductor resistance is there; it will start generating heat that will translate into fire.