A nationwide sensitization campaign is being executed with the Organisation’s relevant and critical stakeholders in the various sectors of the nation’s economy, maintaining that the benefits of stocking, selling and patronising quality and standard products could not be over emphasized. 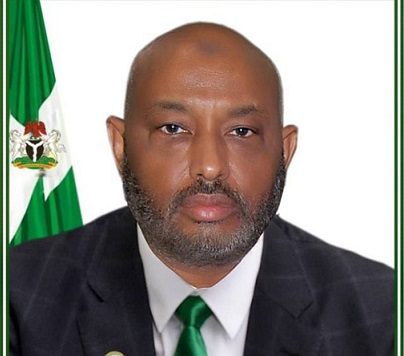 Director General, Standards Organisation of Nigeria (SON), Mallam Farouk Salim, has disclosed that the agency has since commenced a nationwide sensitization campaign on the need to have only standards and quality products in circulation across the country.

Meanwhile, the agency has declared that the renewed partnership with the Nigerian Police would help to increase its level of enforcement activities in the country.

The Director-General, Mallam Salim, made this known when he paid a courtesy visit to the Commissioner of Police in Enugu State, Mr Ahmad Abdurrahman, on Wednesday in Enugu, the state capital.

Salim said the existing cooperation between the Agency and the police had lasted for over 50 years, adding that the “time has come to re-enforce the partnership for the greater benefit of the country in checking sub-standard goods’’.

“With the help of the police, collaboration of other government regulatory agencies and other stakeholders; SON will definitely deliver on its mandate to secure all goods sold and consumed in the country. “The police can further help us with enough officers and men to make our enforcement operations seamless,’’ he said.

He, however, sympathised with the police especially Enugu State Police Command for personnel and working material lost during the hijack of the peaceful EndSARS protest by hoodlums in the state. “As partners in progress, SON is standing with the Nigerian Police especially this command in this trying period and we will not mind to contribute our little quota to bring succour to families of deceased policemen if called upon to do so,’’ he said.

Responding, Abdurrahman assured SON of cooperation to carry out its mandate of enforcement in the state and rid the state and by extension the nation of sub-standard products.

According to the commissioner, SON is also security organisation by the virtual of their mandate. “The police will support your work; since the work of SON and police are closely related in that police check human criminality; while SON checks materials or goods criminality.” So, SON is a partner in our quest to reduce all forms of crimes in the country.

“And once an Agency, like SON, is ridiculed; the entire nation will not move forward,’’ he said.

Highlights of the visit were souvenir presented by the commissioner to the director-general of SON and a group photograph of SON top officials and senior ranking police officers.

Our correspondent reports that the visit would further boost the two agencies’ collaborative and synergizing efforts at getting fake and sub-standard products out of the markets.

Our reporter noted that Salim has started a-three-day tour of formations and Institutes under his organization’s purview, as well as interact with government officials and concern stakeholders.

The SON boss first point of call was inspection SON’s office, Engineering Laboratory, National Metrology Institute under construction and interact with Staff of the agency.

It would be recalled that the headquarters of the Standards Organisation of Nigeria (SON) was originally cited in Enugu, but later moved to Lagos and Abuja.

Zenith Bank Manager pleaded not guilty to three counts of conspiracy and fraud of N179, 498 million