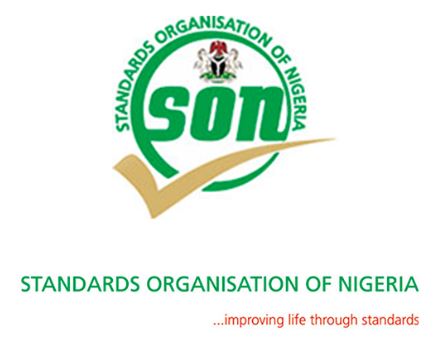 THE Standards Organisation of Nigeria (SON) has urged importers to venture into manufacturing to create create wealth and jobs for the nation’s teeming unemployed youths.

The standards body said establishing manufacturing plants would go a long way to save the country of foreign exchange (forex) since most of what is imported into the country can be manufactured locally.

SON advised importers to get the required standards to make their products competitive, noting that with the African Continental Free Trade Agreement (AfCFTA) signed by the country, manufacturers must up their game so as not to be overwhelmed by foreign goods.

SON Director -General SON, Osita Aboloma, represented by the Director, Inspectorate and Compliance Directorate, Obiora Manafa,  at a one-day sensitisation programme with importers and dealers of electronics in Alaba International Market, said adhering to standards was the surest way to bring back the glory of the market.

He expressed SON’s readiness to work with local manufacturers to make their goods exportable in a bid to earn forex for the economy.

He said: “Instead of faking established brands, build your own brands and make money from it. We are also advising them to go into manufacturing, we cannot continue to depend on import, many big importers have gone into manufacturing. Nigerian cables are the best, why should we import. the machinery to produce cables are not to expensive. We are open anytime to help you to select the materials and he equipment and you start producing. This is better for you and for the economy at large.”

He said SON has in its warehouse substandard electric cables waiting for court order to be destroyed, while  restating it’s commitment to bringing down the influx of substandard goods into the country.

He said: “We are ust waiting for the court order to destroy, while we have obtained court orders for some of them; very soon, we are going to do destruction so that people will see the extent we have gone in this fight and we are not going to relent on our effort in our fight against substandard product. It is a very huge market filled with a lot of smugglers bringing in goods without SONCAP certificates.

$9.6b judgment: CCB gets petition against ex-CJN Belgore