Kindly Share This Story:
As the recently appointed Director General of Standards Organisation of Nigeria (SON),Mallam Farouk Salim assumes office, stakeholders, which include manufacturers, professionals and economic experts have called of the Federal Government to properly fund SON to enable it discharge its key functions appropriately. 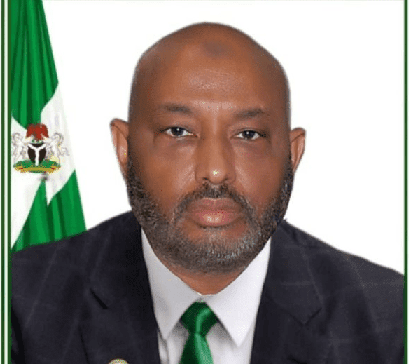 The stakeholders who lauded the Federal Government for appointing a core professional to head the agency, saddled with the task of ensuring that Nigeria is free from substandard adulterated goods, made the call in their separate congratulatory messages on the appointment of Mallam Farouk Salim as the new Director General of the Agency.
They posited that it is only through improved budgetary funding and mobilization of adequate resources, which are urgently required, that would enable the new SON boss to build and consolidate on the gains made by his predecessors.

They all described the new SON helmsman as ‘a round peg in a round hole’. While acknowledging the appropriateness of Salim’s appointment as SON DG at a time like this, taking cognizance of his robust profile which places him at a vantage position to carry out this critical assignment, the stakeholders further set what some of them described as ‘the urgent agenda’ Salim needs to focus on as he kicks the ball rolling.

Speaking, Muda Yusuf, Director General, Lagos Chamber of Commerce and Industry (LCCI), Muda Yusuf said: “The key areas the new SON DG should focus on first include, deepening of intelligence; this is because without intelligence, the enforcers cannot catch up with the criminals that perpetuate the production and importation of substandard products. So, strengthening of intelligence is very crucial and this requires support of and collaboration of the private sector.

“We will also like to see better logistics for the staff and better security for them, because the task of stopping the criminal elements involved in the production and circulation of substandard products is a very risky assignment. So to primarily reduce the risks involved, the new DG will need to collaborate with the security agencies to provide adequate security cover for the officials of SON.

“We will also like to see stronger enforcement, stronger compliance among all the critical stakeholders, particularly in the private sector. This requires high level of discipline among the officials; it requires that the officials didn’t compromise. Also, in order to improve the resources available to him, he will need to collaborate with the relevant agencies of the government and the private sector to put pressure on the government to strengthen the capacity of SON with the desired resources so that things will work out better.”

Yusuf also assured that LCCI’s doors are open to SON for collaboration and support because “we see SON as a partner. It is in the interest of the investors in the economy to see that SON is supported to do its job. This is because we need to bring sanity to the business environment. We need to do away with all these substandard and fake products. All these things bring a lot of image and reputation problems for us as a country. It also damages the image of well-known brands in the system.  So, we are ready to cooperate with him; our doors are open for SON.”

The Pharmaceutical Society of Nigeria (PSN) also has high expectations for the new DG of SON. The professional organisation expects one of their own to, among others, position the agency at a pedestal on which it would effectively “curb influx of sub-standard, life-endangering goods infiltrating Nigeria.”

Describing the new DG as “a thoroughbred pharmacist with the pedigree to pilot the affairs of SON,” PSN said: “Salim, a certified pharmacist, has a vision of bringing changes by promoting public safety and the role of standards in local manufacturing and creating an enabling environment for innovations that will stimulate national self-sufficiency.”

Other key stakeholders who have expressed joy over Salim’s appointment and also set agenda for the new SON boss is the Pharmaceutical Society of Nigeria (PSN). In a statement, signed by its President, Mazi Sam Ohuabunwa, and National Secretary, Emeka Duru, PSN described Salim as “the best choice to curb the influx of sub-standard and life-endangering goods infiltrating the country.”

The professional body said “the nation needed a detailed oriented individual with the ability to listen, observe, research, consult, and administer solutions to the pressing challenge at ports and borders.”

Indeed, following President Muhammadu Buhari’s appointment of Farouk Salim, a pharmacist, as the new Director-General of the Standard Organisation of Nigeria (SON), there is much expectation as quality-conscious Nigerians call on him to bring his core competencies in quality assurance and management to bear on this institution positioned to play a leading role in the drive for national socio-economic recovery.

This is because Salim is taking up this critical national assignment at a time when resuscitation of the national economy from the pangs of the COVID-19 pandemic demands strict and well supervised guidance of local production and distribution of quality products that would not only meet local demand but also nurture competitive export market.
As the pharmaceutical body acknowledged, Salim is a certified Pharmacist. His colleagues said he is “versatile in clinical pharmacy and medical representation, and that he is an allergy specialist, among others.

After obtaining his B. Pharm from Ahmadu Bello University (ABU), Zaria, Kaduna, in 1985; he proceeded to the Washington University, St. Louis, Missouri, USA, for his Master’s degree in Business Administration (MBA) between 1997 and 1999.

Kindly Share This Story:Jumia Nigeria, has announced that its 2020 Black Friday campaign will close…