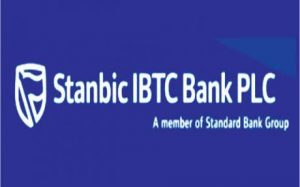 The board recommended the approval of a final dividend of 5 kobo per share for shareholders as agaisnt 5 kobo per share in 2015 for the year ended ended 31 December 2016. While about 87 percent (N24.64billion) bulk of the profit of the company will be kept in both statutory and retained earnings reserves for the year.

“The total unclaimed dividend fund as at 31 December 2016 amounted to N1,540 million compare with N1,574 million in 2015. A sum of N723 million of the fund balance; according to the report is held in an investment account (money market mutual fund) managed by Stanbic IBTC Asset Management Limited as against N523 million in 2015, while the balance is held in demand deposits maintained with Stanbic IBTC Bank PLC. Total income earned on the investment account and recognised by the company for the year ended 31 December 2016 was N61 million (2015: N77 million)

Also, the group was penalised(paid money) by both the Central Bank of Nigeria (CBN) and Securities and Exchange Commission (SEC) during the year value to total of N56.3m in 2016 compare with N20.28 million in previous year, 2015 which showed a detail of N45.4million went to CBN while N10.9million went to SEC too in the year under review.