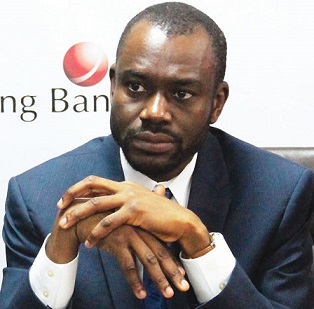 This was largely driven by a 25.1% growth in interest income and a 56.5% growth in transaction banking revenues, emphasizing our commitment to our retail drive.

Commenting on the result, Abubakar Suleiman, Chief Executive Officer, Sterling Bank Plc, said “We sustained our momentum in the second quarter, delivering solid growth across key financial indices. We also achieved a 35.9% growth in gross earnings to N77.6 billion from N57.1 billion in the second quarter of 2017.

Suleiman disclosed that net operating income was up 29.1%, on the back of a 54.8 percent reduction in impairment charges. “Sterling Bank experienced significant improvement in asset quality as cost of risk declined further by 86 basis points to 0.8% from 1.6% in June 2017, reflecting the strength of our risk management framework. Overall, Profit after Tax rose by 64.8% to N6.2billion resulting in a 370-basis point increase in Return on Average Equity to 12.2%.”

It was recall that during the first half of 2018, the bank launched disruptive market offerings that include Farepay, Specta, and Sterling One Pay. The most recent innovation, One Pay, is an upgrade of the bank’s mobile and internet banking solution in line with its digitization drive and the promise to continuously innovate to meet customers’ evolving needs. One Pay is designed to create an omnichannel experience for users by integrating both web-based Internet and mobile banking solutions.

In addition, the bank’s commitment to partnerships also resulted in the deployment of I-invest, a first-of-its-kind investment app that allows for retail customers instant access to treasury bills. I-invest eliminates entry barriers such as lack of education and information to make smart investment decisions and the ability to get a broker and/or time required to visit banks to fill forms for treasury bills.

On the prospect of the bank for the second half of the year, Suleiman said Sterling Bank would continue to explore and exploit opportunities already identified across the growth sectors of the economy while actively supporting special intervention and social investment programmes.