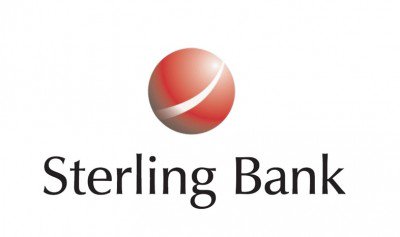 Sterling Bank Plc says it has committed 10 per cent of its total loan portfolio to the finance of agriculture in recognition of the significant contribution that the sector is capable of making to the growth of the Nigerian economy.

In a statement from the bank, the Group Head, Agriculture Finance and Solid Minerals, Sterling Bank, Mrs Bukola Awosanya, who disclosed this at a recent summit on commodity value-chain investment and agribusiness support initiative, through public and private partnership in Abuja, said the bank’s commitment was a deliberate effort to support farmers.

Awosanya explained that agriculture financing constituted one of the five focal sectors of intervention for the bank alongside health, education, renewal energy and transport.

She noted that the absence of good agricultural practices, failure of farmers to repay loans, inconsistency in government policies as well as bad weather, among others, were some of the constraints to lending to operators in the sector.

She said “We want to encourage farmers but if the input is bad, the output will fall short of expectations. For instance, poor seed quality is an issue; lack of infrastructure such as bad roads is also an issue because it makes distribution of the harvest from the farm to the market difficult.

“Government policy also affects lending to the sector because after the bank has concluded arrangements to finance some farmers, the government may decide to lift a ban on the importation of the commodity. What happens to the ones you have done? So government policy is also a problem in agriculture.”

Awosanya stated that Sterling Bank was interested in providing funds to assist farmers to grow, although poor farmer education remained an issue.

“There is a need to train farmers on the need to always repay a loan because when loans are not repaid, banks will not be encouraged to lend to them again,” she said.

“We also want government to ensure that they don’t just talk the talk but do what they set out to do. We spoke about fluctuation of price. If government doesn’t come up to mop up funds so that prices are stable, it is also a problem to finance agriculture.”

Awosanya added that, “Agriculture is a sector that has social impact. Without agriculture there will be no food and food is critical to the survival of man. The sector is the largest employer of labour and over 80 per cent of the players in the sector are smallholder farmers.

“We want to help these smallholder farmers to make their businesses bankable and profitable so that they can fend for their families and send their children to school. That is why the bank has dedicated 10 per cent of its loan book to impact in that sector.”

Nigeria to develop a roadmap on 5G  network — NCC