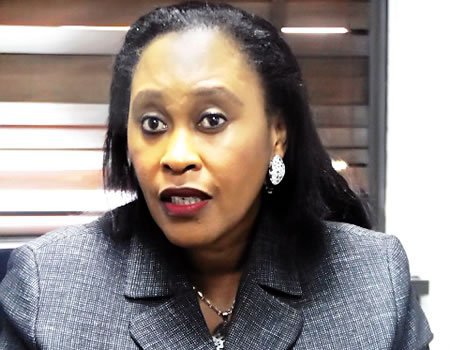 The contributions of Sterling Bank Plc “Your one-customer bank” to the growth of the Agriculture sector in the country was at the weekend rewarded as the financial institution received the Agric Bank of the Year Award.

The Bank was recognized at the third edition of the Nigeria Agriculture Awards held at Intercontinental Hotels, Victoria Island, Lagos on Wednesday. The event was attended by top government functionaries especially those in the agricultural and the banking sectors.

The Award was received by Mrs. Bukola Awosanya, the Head of Agric Department of Sterling Bank.

It will be recalled that Sterling Bank in 2015 won the Best Bank in Commercial Agriculture Credit Scheme (CACS), a testimony of its soaring pedigree in the business of agriculture finance in the country. Same year, it received the Agriculture Bank of the Year Award.

The award which was powered by the Agriculture Policy Research Network (APRNet) and Agro Nigeria Limited was conferred on the Bank in recognition of its critical role in the dispensing of financial services to actors in the Nigerian agricultural value chain.

In a letter signed by Professor Emmanuel Ikani, the Chairman of the Nigeria Agriculture Awards and addressed to the Managing Director and Chief Executive of Sterling Bank Plc, Yemi Adeola, the NAA commended the Bank for complimenting the effort of the government aimed at repositioning the agricultural sector to enable it to contribute more to the revenue base of the country.

The letter reads: “We are delighted to inform you that the Central Committee of the Nigeria Agriculture Awards (NAA) has confirmed you for the award of Agric Bank of the Year Award. The Committee adjudged you so because your bank emerged the clear, undisputed winner in the online poll conducted by the Committee.’’

The Bank in a statement signed by its Chief Marketing Officer, Henry Bassey assured that the Bank would continue to sustain its commitment to the strategic growth of the sector by providing adequate funding in alignment with the current reforms in the sector aimed at repositioning it as an attractive business proposition, an input provider for the manufacturing sector and a key foreign exchange earner.

The statement reads further: “As a firm believer in the capacity of agriculture in the transformation of the fortune of the nation’s economy, Sterling Bank has been in the forefront of the various growth enhancement initiatives introduced by the government. The Bank also believes however that, the expected growth in the sector will remain a dream if proper financing structures were not put in place.

“This informed the reasons behind the Bank’s decision to provide finance and advisory services to individuals and companies that need funds to finance agriculture and agro allied businesses. In fact, the Bank finances all actors along the value chain from production to processing as well as input, transportation and marketing among others. Indeed, the commitment of Sterling Bank to the growth of agriculture in Nigeria is legendary.’’

The Bank assured that it would continue to leverage on the various CBN schemes to support to the sector. “For instance, the Bank is involved in the Growth Enhancement Scheme (GES) of the Federal Government. In fact, Sterling Bank is one of the few banks that supported the scheme when it commenced and have remained so till date. Specifically, the Bank came up with a model that is currently being used by other financial institutions in the country. Some of the features of the prototype had been adopted under the NIRSAL GES Scheme. This shows the deep knowledge of the market – the needs of both the government and the individuals.  The fact remains that Sterling Bank prides itself as the first bank to embrace the NIRSAL scheme for commercial Agriculture lending,’’ the statement said.

In his address of welcome, Professor Emmanuel Ikani, the Chairman of the Nigeria Agriculture Awards, said the objective of the Awards is to identify, recognize and celebrate the actors behind the new move to revitalize agriculture in Nigeria.

He said the awardees had been able to make impact and their records speak for them, remarking that any society that fails to celebrate its hard working members will have to celebrate mediocrity.

The Chairman enjoined the awardees to continue the good work they had started and should also mentor younger Nigerians in the agriculture business in a bid to make sustainable impact.

Honourable Justine Okonoboh, the Speaker of the Edo State House of Assembly, chaired the event

Oil prices slide below $45 per barrel