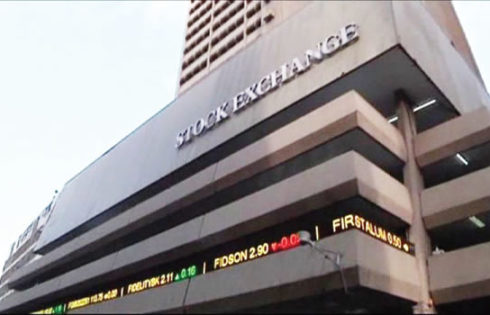 Equity investors embarked on profit-taking last week of stocks that gained the previous week, which pushed the market lower by 2.48 per cent.

The third place was occupied by the construction/real estate industry with a turnover of 54.330 million shares worth N62.585m in 135 deals.

A total of 15 equities appreciated in price last week while 39 losers emerged, compared with the 22 gainers and 42 losers recorded during the previous week.

In the bonds market, a total of 4,250 units of the Federal Government bonds valued at N4.305m were traded last week in six deals, compared with a total of 36,581 units valued at N37.504m transacted the previous week in 16 deals.