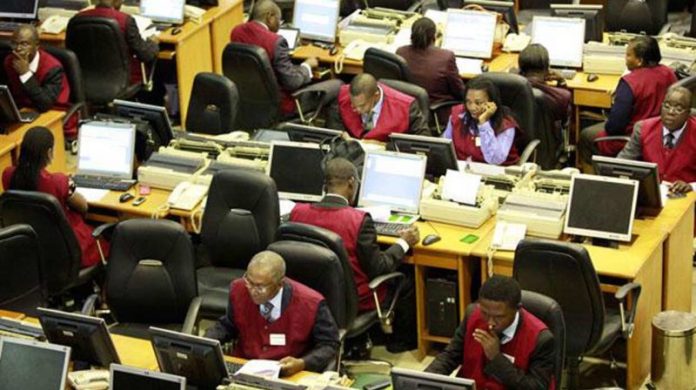 Investors in the nation’s stock market lost a total of N365bn in the last three days of trading in February.

The market capitalisation, however, declined in the second half of the month by N371bn, 98.8 per cent of which was recorded this week following the announcement of the results of the presidential and National Assembly elections.

The All Share Index of the Nigerian Stock Exchange shed 1.63 per cent to close at 31,718.70 basis points on Thursday, while the year-to-date gain declined to 0.97 per cent.

However, activity level was mixed as volume traded decreased slightly by 9.7 per cent to 411.695 million units while the total value traded increased by 96.6 per cent to N5.3bn.

Performance across sectors was largely bearish as all sectors except the industrial goods sector closed on a negative note.

The banking sector emerged the highest loser as it declined by 4.56 per cent on the back of losses in 10 commercial banks, one microfinance bank and two financial institutions.

Losers in the banking sector were led by First City Monument Bank Plc, whose share price depreciated by 9.78 per cent.

The consumer goods sector was the second biggest loser, down by 2.02 per cent on the back of major losses recorded in Dangote Flour Mills Plc (which was the third biggest loser for the day) as its share price dropped by 8.79 per cent.

The oil and gas sector declined by 1.56 per cent as major gains in Oando and Japaul Oil and Maritime Services Plc dragged the sector to a negative close.

Oando emerged the major loser for the day as its share price dropped by 9.92 per cent to close at N5.90.

The insurance sector recorded a 0.97 per cent decline due to the losses recorded in five stocks.

On the flip side, the industrial goods index appreciated by 0.67 per cent, buoyed by gains recorded in Dangote Cement as it emerged the only gainer in the sector with a 1.45 per cent increase in its share price.

Investor sentiment as measured by the market breadth (advance/decline ratio) stood at 0.3x.

Analysts at Afrinvest Securities Limited said, “In our view, the current bearish sentiment in the market are based on sell-offs triggered by foreign portfolio investors.

“We, however, note that these pressures present buying opportunities in fundamentally sound stocks; nonetheless, we expect a bearish close tomorrow as investor sentiment remains weak.”

Kindly Share This Story:FMDQ Securities Exchange Limited has announced the approval of the listing of…