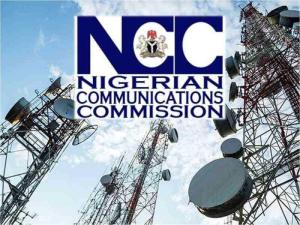 Complaints of telecom subscribers regarding automatic subscription to unsolicited telecom value added services have been on the increase.

This is contrary to the directive to the mobile network operators by the Nigerian Communications Commission that they should desist from forcefully subscribing customers to value-added services or risk a fine of N5m each.

Findings by our correspondent showed that subscribers on Airtel, MTN, Globacom and 9mobile networks had continued to experience disappearing airtime, unsolicited messages and subscription to unwanted services in the last one month.

It was gathered that prominent Nigerians had also been inundated with the messages and had lost lots of airtime to forceful subscriptions.

An Airtel subscriber, Kenneth Alajemba, wrote on the operator’s Facebook page that he was subscribed to a games club without his consent.

He stated, “The network illegally and incessantly deducts customers’ credit in the name of their so-called ‘Games Club’ without prior notice. The worst of it is that they will double-charge the customer, as I and other subscribers have experienced.

“It is time the NCC or any other regulatory agency looked into this exploitation being meted on unsuspecting subscribers by Airtel NG.”

Another customer on the MTN network, Olamide Gabriel, complained that she receives up to five text messages daily asking her to recharge her line for an automatic subscription to data bundle despite opting out several times.

Alex Tanko, a 9mobile subscriber, also complained on the network’s Facebook page of regular deductions from his airtime even when he had not requested for any service.

Also, a Globacom subscriber, Jamiu Ajani, said despite opting out of all unsolicited services by subscribing to the NCC’s ‘Do-Not-Disturb’ facility, he was still receiving unsolicited messages.

The ‘Do-Not-Disturb’ short code of 2442 was introduced by the NCC in 2016 to provide subscribers with the opportunity to opt out of the messages and services they did not want to receive from the various networks.

Speaking at a stakeholders’ forum in Lagos recently, the Director, Compliance and Monitoring, NCC, Mr Efosa Idehen, said investigations by the commission revealed that licensed VAS providers were colluding with unlicensed operators to forcefully subscribe consumers to unsolicited services.

According to him, the practice has resulted in the stealing of airtime of subscribers and lack of trust in the telecom providers.

Idehen said whenever subscribers requested for refund of their stolen airtime, the records of how the airtime was used were often not found.

Addressing the VAS operators, the NCC director said, “There are more bad eggs than good ones among you. Look inward and self-regulate your house. Come to us with clean hands.

“It is the ability to auto-renew that makes forceful subscription lucrative. Once subscribers opt-in, there is usually no way out for them.”

Speaking on the issue, the President, National Association of Telecoms Subscribers, Adeolu Ogunbanjo, urged consumers to report to the NCC via the toll-free 622 line anytime they noticed airtime depletion or receive unwanted messages, so that adequate sanctions could be meted to the errant network providers.

“The NCC made so many campaigns on the 2442 code from one city to the other. Unfortunately, network operators have been adamant, even when you say you don’t want, they will still send it to you. The consumers should now take the initiative to start reporting them to the NCC by calling the code 622,” Ogunbanjo said.

Kindly Share This Story:The Technical Implementation Committee under the Ministerial Task Force supervised by the…