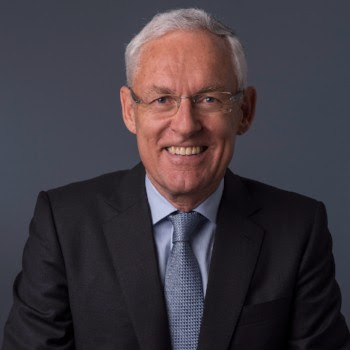 “The 2020 global sulphur cap will be the regulatory game changer of the decade with profound implications for the economics of shipping” believes Chairman of the International Chamber of Shipping (ICS), Esben Poulsson. “But there are even more profound changes to come.  We are rapidly moving into a multi-fuel future to be followed we hope, in the 2030s, by the arrival of commercially viable zero CO2 fuels suitable for global application.”

Poulsson was speaking following the ICS Board meeting in London last week, attended by senior representatives of the world’s national shipowners’ associations.

As the 1 January 2020 deadline for the sulphur cap approaches, ICS members reviewed progress in persuading the UN International Maritime Organization (IMO) to take measures to address expected implementation problems.  This includes outstanding safety and fuel compatibility issues associated with the use of new 0.5% sulphur blends and continuing uncertainty over the availability of compliant fuels in every port worldwide, a particular challenge for tramp trades.  The ICS Board concluded that it will be vital for the IMO Marine Environment Protection Committee to complete this work at its meeting in May 2019, as shipowners begin ordering compliant fuels.

“While fuel suppliers must play their part in providing sufficient quantities of safe and compliant low sulphur fuels, shipowners must urgently prepare their ship specific implementation plans for 2020,” said Esben Poulsson. “This should be carried out using the IMO template adopted at the industry’s request and the detailed advice prepared by ICS which we have just updated to take account of other recent IMO decisions.  This will be vital to reduce the possibility of teething problems or in the event of initial Port State Control difficulties due to factors beyond the shipowner’s control.”

With regard to achieving the ambitious greenhouse gas reduction targets agreed by IMO last year, including a 40% efficiency improvement by 2030 and a 50% total cut in the sector’s GHG emissions by 2050, the ICS Board endorsed the finalisation of proposals to IMO on short term measures.  These include tightening of the Energy Efficiency Design Index (EEDI) for new ships – which already requires ships built in 2025 to be 30% more efficient than those delivered before 2013 – as well as proposals for a ‘Super SEEMP’ whereby existing Ship Energy Efficiency Management Plans could be subject to mandatory external audits, probably as part of the ISM Code.

“We need IMO to make progress with short term GHG reduction measures as soon as possible to achieve measurable additional GHG reductions by 2023, in addition to the 8% total reduction already achieved by the sector since 2008, despite a massive increase in maritime trade over the same period,” explained Esben Poulsson. “But while these short term measures are very important we want IMO to move on to developing the critical long term measures that will truly help the industry to decarbonise completely.”

Mr Poulsson continued:
“The ICS Board agreed that the industry cannot achieve the 2050 GHG reduction target using fossil fuels.  Over the next decade we are therefore going to require massive investment in research and development of zero CO2 emitting propulsion systems and other technologies which don’t yet exist in a form that can be readily applied to international shipping, especially in deep sea trades.  This will need to be a key component of the IMO strategy when detailed ideas for long term measures are taken forward during 2020.”

The ICS Board also endorsed the recommendation of the ICS Manning and Training Sub-Committee that ICS should encourage IMO to embark on a comprehensive review of the IMO STCW Convention governing seafarers’ and training and certification standards, given increasing questions as to whether the STCW regime, which was last given a major overhaul in 1995, is still fit for purpose in the 21st Century.

The meeting also expressed serious concern about the deteriorating security situation in the Gulf of Guinea (as discussed last week by the UN Security Council) where there has been a sharp increase in the number of attacks on ships’ crews, many extremely violent

The Caption Photo: Chairman of the International Chamber of Shipping (ICS), Esben Poulsson