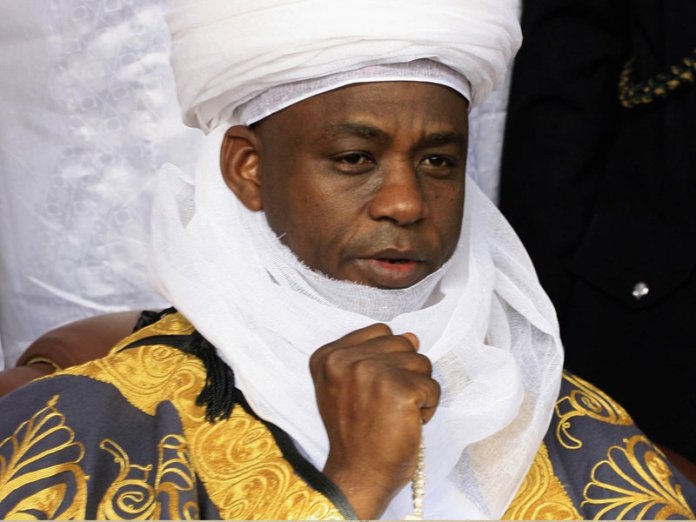 Chairman of the Northern Traditional Rulers Council and Sultan of Sokoto, Dr. Sa’ad Abubakar III, has condemned the killings in the Southern part of Kaduna State, describing the incidence as a “madness that must stop immediately.”

Speaking yesterday at the opening of a meeting of the Northern Traditional Rulers Council in Kaduna, the Sultan called on sponsors of the killings to stop the dastardly act, declaring “enough is enough.”
He said “no man in his right senses will go on a killing spree of innocent people under whatever guise.”
The monarch, who accused politicians of fuelling the crisis, also called on Nigerians not to allow themselves to be used.

He said any politician who ignites violence does not mean well for the people and called on the people to shun such politicians.
“You keep on igniting killings based on ethno-religious differences because it is the innocent children that are killed while those of the elites are protected,” he said.

Earlier, Kaduna State Governor, Malam Nasir el-Rufai, had said the Southern Kaduna crisis had lingered on for the past 40 years since the first Kasuwan Magani riot in Kajuru Local Government Area in 1980.
“Kaduna is a mini-Nigeria with over 52 ethnic groups, meaning that 10 per cent of Nigeria’s ethnic groups are from Kaduna State.

“The danger of it is that crimes committed by criminals for their own selfish motives are given ethno-religious interpretations,” the governor said.

He added that his administration has been striving to stop the killings, citing the location of a military base and a mobile police depot in the area as well as the deployment of the Air Force and Strike Force personnel as part of measures to stop the killings.

According to him, equipment like drones and GSM trackers are being used and had helped to neutralise thousands of the bandits in the state.
After the opening ceremony, the meeting went into a closed-door session.

Military Sets up Drone Base in North-east to Combat Terrorism