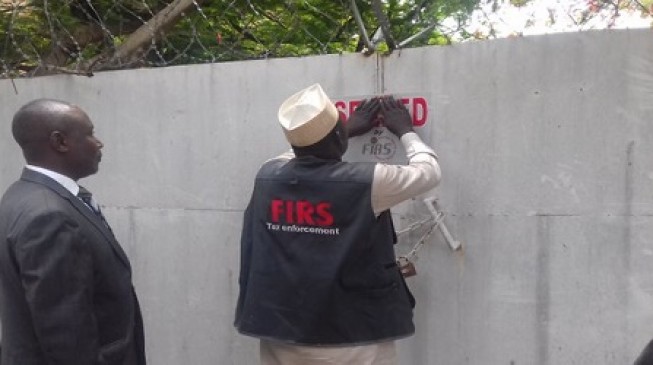 The Federal Inland Revenue Service (FIRS), on Tuesday, sealed off the premises of some tax-owing companies in Port Harcourt, Rivers state.

One of the companies was Fejudam Services Limited, which owes a company income tax of N22.5million incurred between 2009 and 2015.

Anita Erinne, leader of the FIRS enforcement team, showed a warrant of distraint to the officials of the company before ordering the premises sealed off.

Also, on Monday, the FIRS enforcement team sealed off two companies in the city.

A senior official of the company told the enforcement team that he was unaware of the debt.

Also sealed off was Specialty Drilling Fluid, which has a tax debt of  N506.1million incurred through non-remittance of value added tax between 2012 and 2016.

On arrival at the office of the company at 184C Trans-Amadi Industrial Layout, the security men stopped the FIRS team from entering. Phone calls to the management of the company were unanswered, leaving the enforcement team with no option but to force itself in.

Emefiele explains why ABP was created