Chairman of the Federal Inland Revenue Service (FIRS), Mr. Tunde Fowler, has dismissed reports suggesting that money paid as taxes is missing from the agency’s coffers. 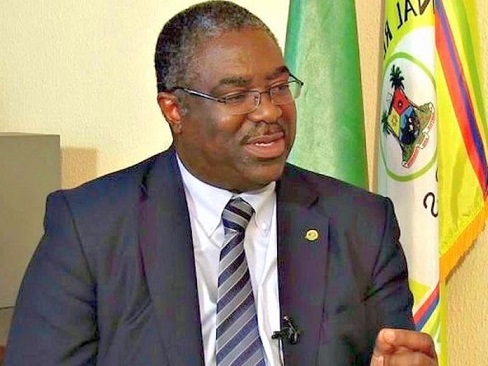 Fowler made the clarification in an interview in his office in Abuja on Wednesday. The clarification came in the wake of media reports alleging that taxpayers’ money in the custody of the agency is missing.

The FIRS Chairman explained that taxes collected by the FIRS are not paid into the coffers of the Service, but directly into the Federation Account, electronically, through the Central Bank of Nigeria (CBN).

The FIRS, he further explained, does not have access to taxpayers’ money, adding that its operations are funded by appropriation of the National Assembly through monthly remittances by the Federation Accounts Allocation Committee (FAAC).

Over the last few weeks, there have been media reports around alleged exploitation of the Service’s accounting system on Duty Tour Allowance (DTA) by some staff to collect claims that they are not due for. This alleged infraction is said to be under investigation by the Economic and Financial Crimes Commission (EFCC), with some media outlets suggesting that the probe was into missing taxpayers’ money.

Fowler explained that the issue at stake in this inquiry are is related to operational/travel funds within the FIRS’ expenditure budget.

“On the DTA (Duty Tour Allowance), it is claimed that some staff applied for and were granted allowances to travel on official trips. Some are alleged not to have travelled for the number of days for which they were slated. The EFCC is looking into that. Sometimes, it is good to have a third party investigate matters like this instead of having a staff investigate another staff. Investigation by a third party is more objective. FIRS has since taken steps to remediate this. The EFCC will soon complete its investigation. Anybody found guilty will be dealt with through our administrative process,” said the FIRS boss.

Fowler added that FIRS acknowledges the statutory rights and responsibilities of anti-corruption agencies and other government agencies such as the EFCC, the Independent Corrupt Practices and Other Related Offences Commission (ICPC), State Security Services (SSS) to inquire into the operations of the Service.

He promised that the FIRS will continue to give access to agencies with statutory rights and all those who seek information on its operations. He added that invitation of FIRS officials by the EFCC, Police, SSS and ICPC to shed light on financial transactions and operations of the Service are not uncommon and are continuous. Fowler noted that the FIRS is a public trust operated on behalf of Nigerians and affirmed that no officer of the Service is at large.

The FIRS boss thanked all stakeholders, including the media, for their interest in the operations of the Service. However, he enjoined the media to always go the extra mile to ascertain the truth, particularly on sensitive financial issues where taxpayers and public trust are at stake.

He re-assured the general public of FIRS’ commitment to public accountability and transparency in the sacred mandate of tax collection.

Uwaleke urges investors to leverage on low prices of stock