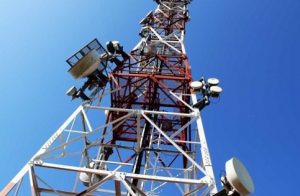 According to the records available showed that all the telecommunications companies (Telcos) operatings in Nigeria over 14 years have about 235.6 million connected lines to their networks.

Starting from about 400 lines in 2002, the industry has continued to gain ground in terms of penetration, adoption and investments growth, despite many huddles it had to cross within the period ended December 30, 2016.

The regulatory agency, Nigerian Communication Commission (NCC), however, have record of total 154.53 million or 66.72 per cent active connected lines in the system, leaving the rest 81.068 million or 34.41per cent as redundant lines.

Of the total figure, players in the Global System for Mobile communication (GSM) subsector of the industry such as MTN, Globacom,  Airtel and Etisalat collectively recorded the largest percentage amounting to of 231.525 million lines out of which only 77.4 million or 33.43 per cent are inactive.

The Code Divisional Multiple Access (CDMA) players followed by 3.586 million connected lines out of which only 217,566 lines are active.

Fixed wired and wireless lines connected to telecoms system so far in the country now stand at 352,045 with only 154,513 units still working; the voice over internet Protocol (VoIP) has 59,236 subscriber base only 33,099 of which are active.

Generally, active subscriptions in the country increased by 2.32 per cent in 2016, an indication that an approximated 3.51 million new lines have been connected to access telecommunications services in the country in the last one year.

In a brief remarks, Olusola Teniola, said “GSM technology is the dominant technology in a majority of African countries and Nigeria follows this trend.”

Meanwhile, the Minister of Communications, Adebayo Shittu, has called on the newly inaugurated NCC board to surmount the perennial problem of bad quality of telecom service in the country.

Speaking in Abuja recently, Adebayo said complaints by Nigerians about the quality of services rendered by telecom operators had reached an unbearable level and the board must act on this.

“There has never been a year when the quality of service was said to be a non-issue”, the minister told the new board, urging it to curtail the problem once and for all.

He said: “I urge you to swing into action to look at the issue of quality of service in all its ramifications and take practical measures that will lead to its improvement.”

Kindly Share This Story: The Executive Vice Chairman and Chief Executive of the Nigerian Communications…