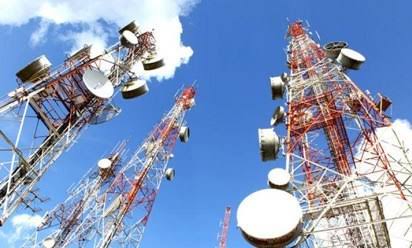 Telecommunicationsoperators in the country have called the bluff of the aviation industry regulator, Nigeria Civil Aviation Authority (NCAA) over its threat to demolish 700 telecoms masts.

It said the agency would only throw Nigerians into service blackout as they would not make any attempt to rebuild any mast that is shut down.

Surprising that NCAA would take such decision after having a peaceful meeting recently where both parties set up a joint committee to look at issues raised over the demand for Aviation Height Clearance (AHC) renewal fees, the Chairman, Association of Licensed Telecoms Operators of Nigeria (ALTON), Gbenga Adebayo, said NCAA would only create problem in the telecoms sector if it goes ahead with the threat.

“I am still shocked to read in the papers, threat by NCAA to shut down 700 masts. This is an agency that we met with few weeks ago to discuss issues over their demand for renewal of aviation height fee, which is supposed to be one-off. A joint committee was set up to review the issues.

“In the first place, NCAA measures the height of masts before they are built and fees are paid for that. When they are now requesting renewal fee for another validation, do the masts grow in height and have become taller than they were before?
“So, if they say they will shut down the masts, let them go ahead and no telecom operator will rebuild any mast that is shut down. They will only throw the country into service blackout. This will also be at the expense of national security, when security agencies are unable to communicate,” he said.

Adebayo noted that issue like this was the reason the telcos have been clamouring for declaration of telecoms infrastructure as critical national infrastructure.

“If there is such policy in place, someone will not just wake up to say he will shut down masts. In the days of NITEL, nobody dared touch a cable belonging to the telecom company, the person would go to jail,” he said.
Meanwhile, the Nigerian Communications Commission (NCC) has condemned the reported moves by NCAA, saying such would not be tolerated.

Reacting to the aviation regulator’s threat, NCC’s Deputy Director of Technical Standards and Network Integrity, Engr. Bako Wakil, said the Commission would not condone any attack on telecoms infrastructure irrespective of the reasons given.
The NCAA had, on Tuesday, issued 30-day ultimatum to the telcos to remove their over 700 masts or risk seeing them demolished.

According to the aviation regulator, the masts erected at different locations within the country close to the nation’s airports, are obstructing flight safety and can cause accidents if not removed.

A statement by Sam Adurogboye, the General Manager, Public Affairs, NCAA, stated that the regulatory body had written to the different GSM operators, to remove the masts, but they blatantly refused to do so.

Adurogboye also said the companies failed to obtain the statutory AHC from NCAA, stressing that without AHC, all the masts and towers constitute danger to safety of air navigation.

He insisted that under the Civil Aviation Act, 2006, Section 30(3) (1), NCAA is empowered to prohibit and regulate the installation of any structure, which by virtue of its height or position is considered to endanger the safety of air navigation

Kindly Share This Story: THREE months after the airspace was shut to commercial flights to…

MTN goes public company ahead of share listing on NSE