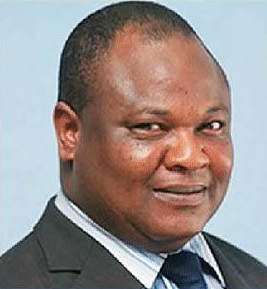 Ageless Economist, writer and public finance analyst, Dr. Ayo Teriba has given insights to the growing availability of dollars at the Central Bank of Nigeria (CBN) which is encouraging it to continue release of the currency into the interbank market at a regular basis.

In an interview in Abuja, he explained that the increase in oil production and high oil prices had increased the foreign reserve base of the country which further empowered the apex bank to sustain the injection.

Dr Teriba said “We are back to a situation where the Forex at the disposal of the CBN is likely to go up.

“The CBN could not intervene in the Forex market in 2016 because of low oil production, prices and because foreign reserves were also low.

“Today, oil price is up, reserves have also gone up, the outlook of the oil prices is stable and production in Nigeria is going back to capacity; so it has the capacity to intervene.

The Chief Executive, Economic Associates added further that “In a couple of months, the apex bank should be able to meet all of the demands and all the multiple exchange rates will converge.”

Amehnews recalled that on Sunday, the Acting Director, Corporate Communications Department, CBN, Isaac Okorafor, confirmed the plan to release more dollars into the forex market in a statement, saying, the CBN would continue inject more funds into the market to strengthen the price of the naira against the dollar.

He said the bank was determined to sustain the provision of liquidity in the forex market in order to enhance accessibility and affordability for genuine end users.

While cautioning forex dealers not to engage in any unwholesome practice that would be detrimental to smooth operations in the market, Okoroafor warned that CBN would impose heavy sanctions on any organisation or official involved in such act.

Based on the forex intervention by the CBN, about $1.35bn had been released into the interbank forex market within the last three weeks.

During the first intervention in the foreign exchange market three weeks ago, the CBN had offered $500m for sale to banks.

At the second intervention, a total of $221.3m was made available to 16 banks for forward sales to end users of forex.

During the third intervention two weeks ago, the apex bank released about $367.13m into the foreign exchange market to ensure more liquidity in the market.

At the fourth intervention last Tuesday, the sum of $100m was released before last Thursday’s offering of $170m into the forex market.