The best young players in the world often fade. Careers do not pan out as expected. But sometimes the first signs of brilliance are worth noting because of the player someone becomes a decade down the line. 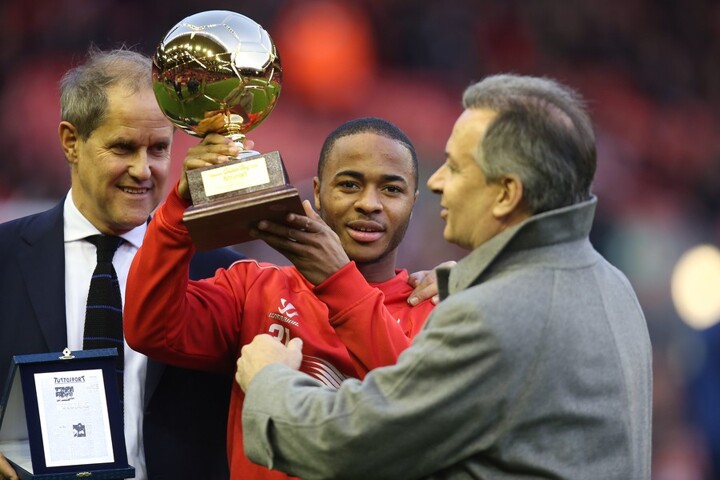 Friday’s list includes two England internationals, most of Manchester City’s exciting forward line and a goalkeeper who has rightfully been compared with one of the best to ever pull on a pair of gloves.

Here at Sportsmail, we finish off our countdown with the top 10 Under-23 players in European football below…

When Hector Bellerin first broke through at Arsenal he looked like a kid but played like a seasoned pro. Now, just three years into his senior career, he is arguably the best right back in Europe.

The 22-year-old has absolutely everything in his locker. He defends brilliantly. He offers a creative threat down the right. And he can run 100 metres faster than most without breaking a sweat. 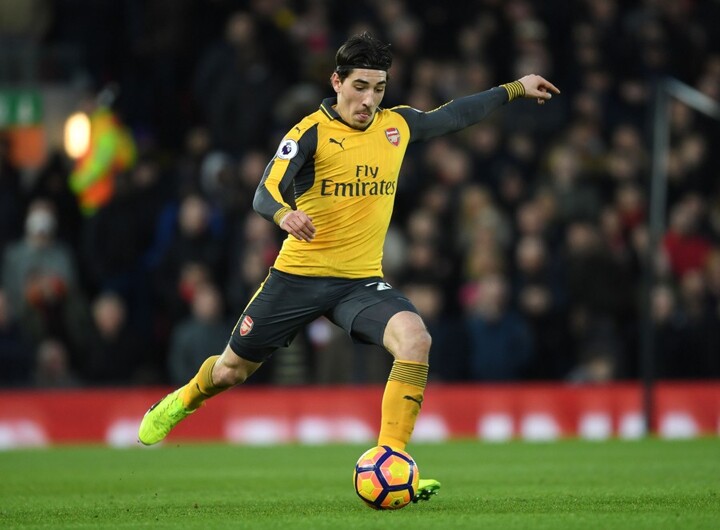 There’s a reason both Manchester City and Barcelona have been chasing him as an option for their first-team. Arsenal should struggle to keep hold of him in the summer, despite giving him a new deal that runs until 2022, especially if they miss out on the top four.

Until then, Bellerin needs to improve his recent form. An injury last calendar year has knocked him back. He has more in his locker than he has been showing recently. 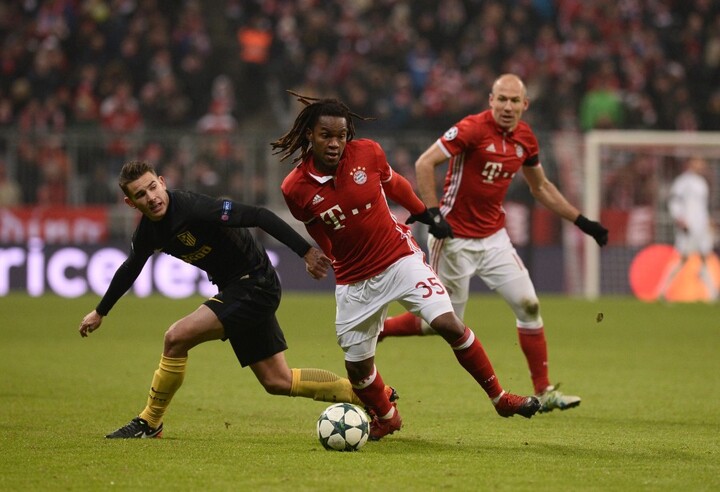 Arguably the breakout star of Euro 2016, Renato Sanches looked like the only real threat in a Portugal side that look staid and slow at times, but ultimately ended up capturing the crown.

Bayern Munich were the side that bit, paying the fourth-highest fee in their history when they snapped him up from Benfica. He has not had a consistent place in their side, which is what he needs to continue progressing as he had before. 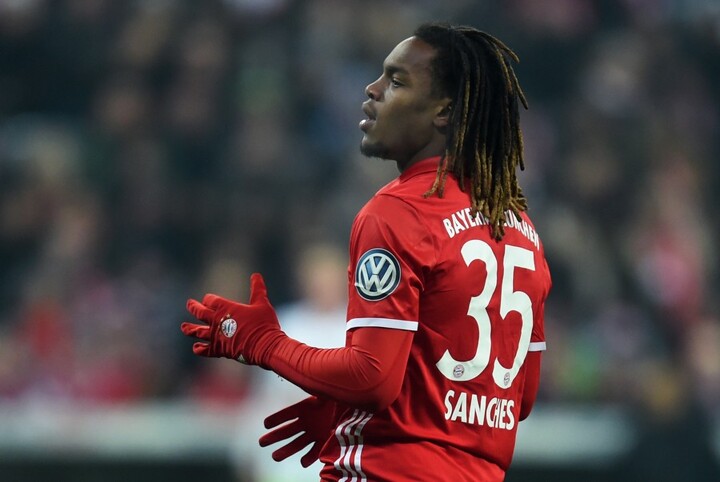 But Sanches is an obviously brilliant player to anyone who takes the chance to sit down and watch him. The way he collects the ball in midfield, can carry it forward and pick out the right pass makes him exceptionally impressive in his role. He always wants possession and tends to do the right thing with it.

Sanches was 2016’s European Golden Boy. Could he be a contender for more senior honours in the future? 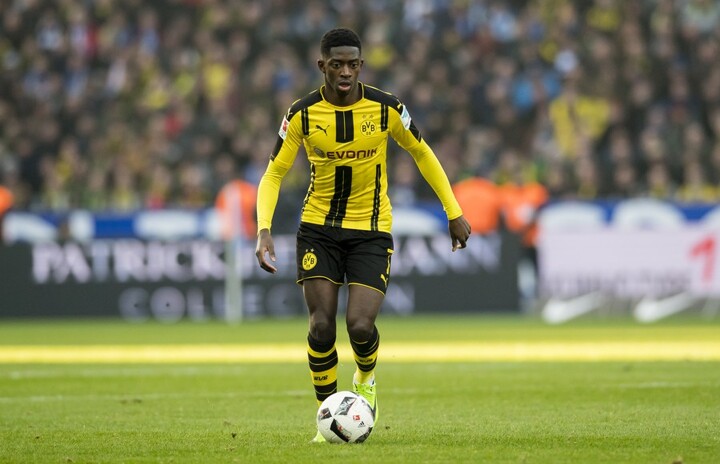 The real shining light of Thomas Tuchel’s brilliant Borussia Dortmund side. Dembele has made a huge impact since joining from Rennes.

He’s an exceptional forward who is incredibly efficient in terms of assists and goals, which is something that younger players struggle with. It’s notable that he has created 44 chances this season, of which nine have been scored – it suggests Dembele tends to pick the most likely goalscoring pass.

What is also impressive – and is why he gets compared regularly to Cristiano Ronaldo – is the fact that he has such superb control over the ball when it is at his feet. It allows him to dribble with the best of them.

Dembele could improve his passing play outside of the final third and his positional awareness, but he is a star in the making. 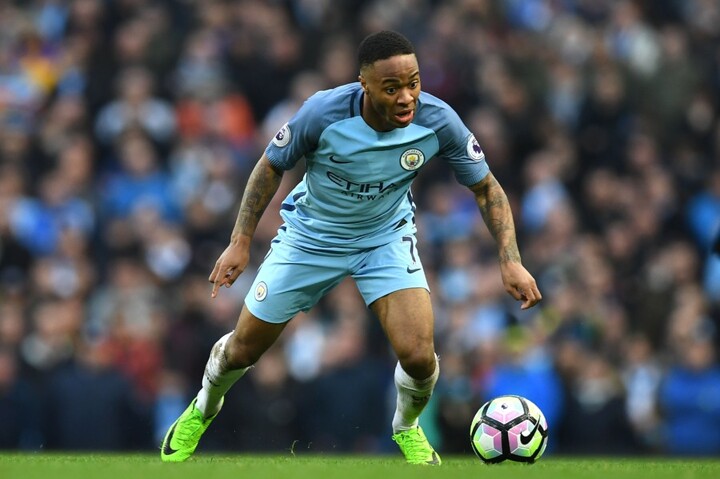 When Raheem Sterling took Vincent Kompany and Joe Hart for fools during Liverpool’s 3-2 victory against Manchester City, sending them both the wrong way before breaking the deadlock, it felt like the next English talent had arrived.

For the next two seasons, Sterling foundered. That Liverpool team fell apart around him, with too much expectation placed on his shoulders. After his mega-money move to City the pressure grew, and he was not helped by Manuel Pellegrini’s bizarre tactical instruction that told him to avoid beating his man.

Pep Guardiola is different and the change has been obvious since the start of the campaign. Sterling has looked back to his best, but there’s a sense that he can grow even more under Guardiola.

He’s criticised so much that it has almost become the popular mindset. Forget what you read – the boy is brilliant. 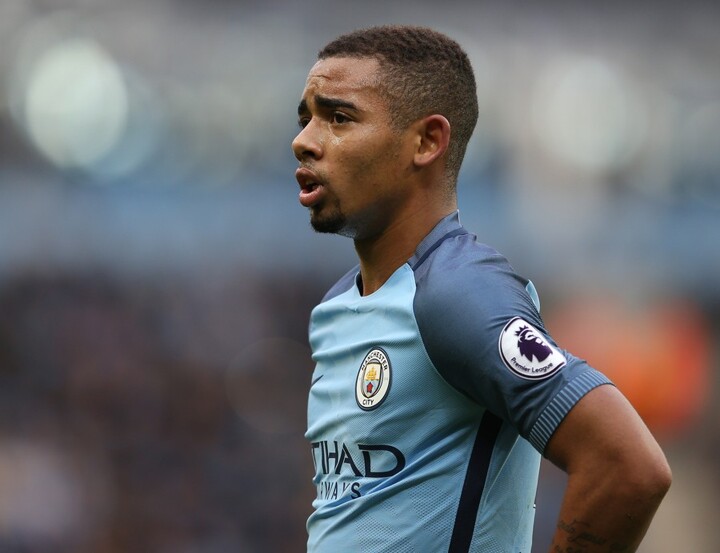 Gabriel Jesus’s arrival in England seemed like it was an opportunity to make a series of jokes about his last name more than the transfer of one of the world’s most exciting young players.

His performances soon put an end to that. It takes a lot to overhaul Sergio Aguero in Manchester City’s first team. It took just two substitute appearances for the Sao Paulo-born striker.

As he started games it became increasingly clear how good Jesus really was. He fits perfectly into Guardiola’s young forward line, more so than Aguero, and got City ticking like the Spanish manager wants.

The injury, after three goals in four games, was a real blow. City have to hope he comes back stronger because it would be a shame if his progress was curtailed now.

People often talk about the ideal midfielder. Passing range tends to top the chart, as does a real engine. But goals are primarily seen as a bonus, one that turns a good midfielder into a great one.

Youri Tielemans plays in central midfield. He occasionally plays deeper, and very rarely plays as an attacking midfielder. This season, despite not occupying a forward role, he has struck 12 goals in 26 league games. That is a record most strikers would be happy with. Tielemans has also provided eight assists.

Herman van Holsbeeck, Anderlecht’s sporting director, commented earlier this year: ‘He’s gone from a boy who played football for the fun to a man with a lot of responsibility.’

But he’s not – he’s only 19. He is already brilliant. Tielemans can only get better. It should be fascinating to see how he plays at 25. 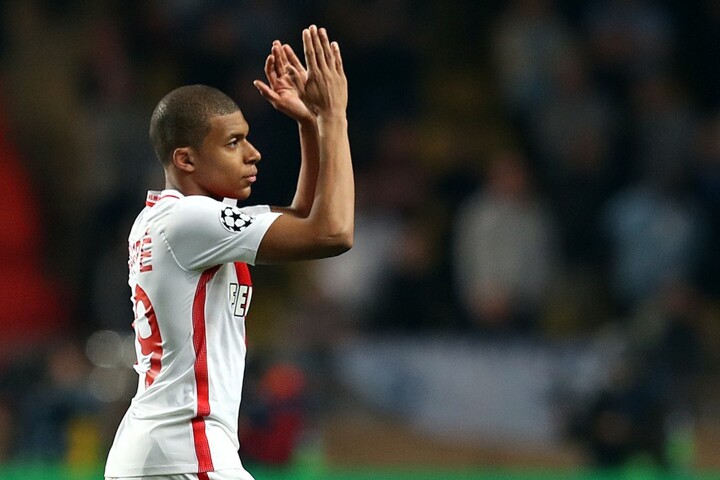 It’s quite hard to believe that Kylian Mbappe is only 18 years old. He is in the middle of his breakthrough season and has managed to get all of Europe talking. It’s not on a whim that someone is called the ‘next Thierry Henry’.

He plays like the former France international, too. Mbappe is superb as a wide forward, able to come inside on his stronger foot. It explains his goalscoring record of 10 goals in 21 appearances this season.

Mbappe was a key reason behind Monaco putting City to the sword in the Champions League, striking early in the game to define how the encounter would pan out.

The Premier League wants him and Monaco tend to be a selling club these days. The summer could be interesting. 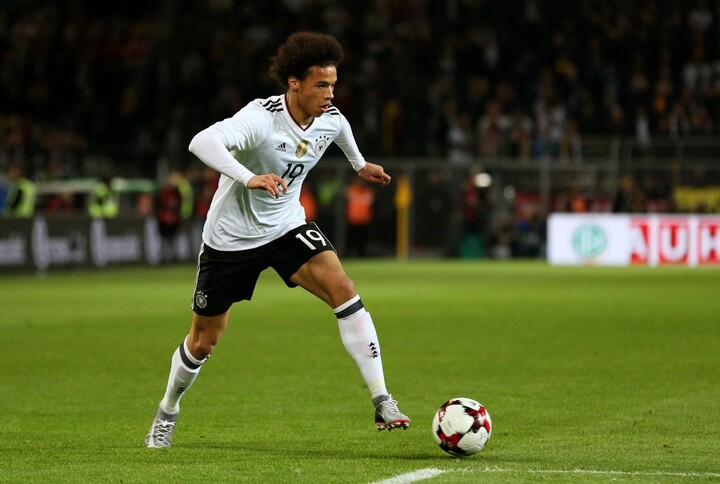 Leroy Sane’s development under Pep Guardiola has been an absolute joy to watch. When he arrived he looked raw but with some talent. Now he looks like one of the best players in the Premier League.

Sane seems to find it easier than anything to take on his man on the left-wing, beating him with a combination of pace and exceptional technique.

Since returning from a hamstring injury against Spurs in January, Sane has been absolutely sublime. Guardiola needs to wring slightly more end product out of him but there’s reason to believe he has a gem on his hands.

There are few players on this planet that can be compared to the two best – Lionel Messi and Cristiano Ronaldo. Sane is not on that level yet, but – whisper it – there’s reason to think in the next decade he could become one of the best in the world.

To start a game for AC Milan at the age of 16 is impressive. To do it as a goalkeeper is another matter entirely. Those between the sticks tend to peak much later in their playing careers. Gianluigi Donnarumma, now 18, is better than most.

He was immediately compared with his namesake Gianluigi Buffon, which is very symbolic. No goalkeeper has dominated world football like Buffon has over the last 20 years. No goalkeeper has had quite as much longevity. It’s hard to picture anything else for Donnarumma.

Donnarumma is a sublime shot-stopper, commands his area and has the strength of a fully fledged adult. His distribution is not perfect but this is splitting hairs.

If Donnarumma is not the best goalkeeper in the world within five years it will be a shock. It would take a huge diversion off course if he is never regarded as one of the best to ever play in his position. He could be a great.

There was a moment against Germany, when Dele Alli turned two defenders with one jink, that it hit you. He is special.

Alli, like Sterling, has faced criticism in his still nascent career. He is occasionally hammered for being too aggressive. But you forgive moments like that for the absolutely sensational stuff he does with the ball, for the way he is improving, for the talent he already has.

He’s noticeably stepping up too. Alli has struck 11 goals in his last 13 Premier League games, which is incredible for someone who is not playing as a striker. And there’s reason behind it too. He’s been accurate with 64 per cent of his shots, an insane tally. His partnership with Harry Kane makes you wonder where Tottenham might go.

That’s if Real Madrid or Barcelona don’t come in for Alli first. It’s not a joke to suggest he already belongs at that level. Spurs will have to fend off the vultures in the summer.

England have not had many players like Alli in their recent past. There’s no up and down with him – he just plays well. He’s one of a number of minor reasons why, watching England on Wednesday, you thought there could be something in this side.

How good can Alli be? It’s hard to say. Careers can drop in an instant. But if he continues along his upward curve then the sky genuinely is the limit.