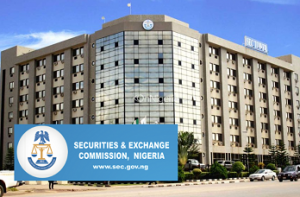 The Executive arm of Government in December 2016 submitted to the National Assembly for ratification the draft 2017 budget for the sum of N7.298 trillion.  With a staggering funding gap of N2.36 trillion, there is a scope more than ever before for the capital market to support the mobilization and deployment of resources to fund the budget deficit.

According to SEC’s statement excerped from its website disclosed that the seminar enable the capital market more effectively support the process and to contribute to the actualization of the budget once it is ratified, the Securities and Exchange Commission (SEC) on February9, 2017 in Lagos organized a round-table that drew participation of major stakeholders in the capital market with the theme: the 2017 budget of growth and recovery: relevance, implications and perspectives of the Nigerian capital market

The SEC seminar which took place at SEC Lagos zonal office, Victoria Island, Lagos was well attended as the Auditorium was over flow of participants down to Idejoh Street.

After thorough deliberations, the round-table adopted this communique containing the following pertinent points: