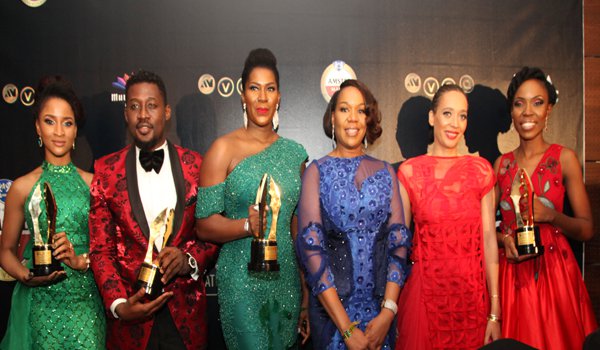 The curtains may have closed on this year’s AMVCA awards, but one impressive effect of the showpiece is its often overlooked, yet immensely important effect on Nigeria’s economy.

Apart from its extensive cultural impact, Africa’s biggest award show also has a very real economic impact on the country.

The scale and scope of the showpiece mean that on a yearly basis, over 600 people are employed to work on the awards, while another 1000 businesses, directly and indirectly, contribute their services to the success of the show.

The showpiece has also become a major event for tourists, and this is partly due to the continental feel of the awards. Actors, Actresses, Script Writers, and Directors from all over the continent are nominated for the awards and these nominees often troop into town weeks before the event day to enjoy the Lagos experience.

For a country which is known to have huge tourism potential due to its gorgeous landscapes, it is ironic that an Award show has become one of the biggest tourism pulls of the country.

From weeks leading to the Nominees and Sponsors Cocktail Party to the days after the event has ended, AMVCA tourists are known to stick around to enjoy the culture of the country. This means hotels, Ubers and AirBnBs are the major beneficiaries of this tourism experience.

Availability of transportation is a major essential for Africa’s very own Oscars and with the proliferation of ride-sharing apps, it has become a lot easier not only for drivers to provide their services but also for consumers to access them. However, even for the burgeoning transportation industry, there are few times in the year that these drivers are so much in demand, as during the AMVCAs.

Makeup artists, photographers, and stylists are at the very top of the AMVCA money makers’ list. The exciting thing about the award show is that the event is an A-list affair for creatives from all over Africa. What do actresses from South Africa, set designers from Kenya, cameramen from Libya and directors from Egypt all have in common? They all want to look good on the big night and there’s perhaps a no better place to that than at Lagos. Some of the Nominees and tourists go the extra mile of ordering outfits in Nigerian fabric and made by Nigerian designers.

Makeup artists, tailors, stylists, and photographers may give the celebrities the Midas touch they need, but it is the hotels that give them a place to lay their heads before they even begin to get ready for the event. Many of these nominees and attendees arrive in Lagos days or weeks before the actual event. Anyone who has ever called to book for a hotel around the AMVCA period can attest to getting the “sorry, we are fully booked” response from a number of top-notch hotels. While the big names may be fully booked, however, the lesser known but homier hotels get their day in the sun as they get to receive new international business.

Then, of course, we have the caterers, whose services are especially important because while people from different countries may want to experience Nigerian meals, they would definitely not mind tasting a meal or two that they are familiar with. It would seem that every aspect of the Nigerian business cycle is activated and empowered in a brand new way, all thanks to the organizers of the AMVCAs.

However, beyond the showpiece which has become one of the most prestigious in the country, the AMVCA offers the perfect tourism opportunity for everyone on the continent and provides an opportunity for various entrepreneurs to exchange their services for money. All of these have made the AMVCAs a blessing to the Nation’s economy.

The Agbada Challenege: Who ‘slays’ more?