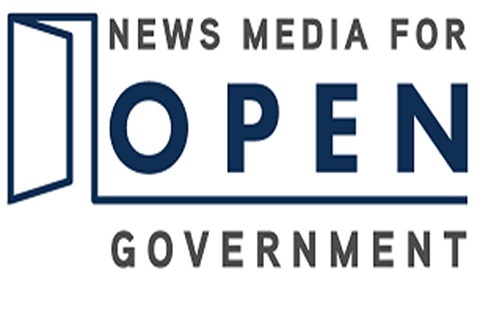 The News Media for Open Government (NMOG) has set its public policy agenda for the 116thUnited States Congress focusing on both a free press, as well asa more transparent, open government.NMOG, formerly known as the Sunshine in Government Initiative,is a broad coalition of news media and journalism organizations that has been working since 2005 to ensure laws, policies, and practices that preserve and protect freedom of the press, open government, and the free flow of information in our democratic society.

NMOG looks forward to working with the 116thCongress and federal agencies on a variety of issues including:

*Working with federal agencies to ensure compliance with the structural reforms of the Freedom of Information Act (FOIA) of 2016;•Holding the Office of Government Information Services (OGIS), the nation’s premier resource for understanding and complying with FOIA, accountable by advocating for more Advisory Opinions that would reduce unnecessary and costly FOIA litigation for the government, businesses, and individual citizens;

*Ensuring that journalists are not impeded in their news gathering practices through policies that chill the daily communications between government officials and the press. In this regard, the coalition is supportive of the federal shield bill that was introduced in the 115thCongress.

We encourage members in the new Congress to re-introduce that bill.“An informed public is the cornerstone of our democracy and ensuring that the public has information about what its government is doingis essential,” said Coalition Director Melissa Wasser. “NMOG is committed to promoting and advocating for policies on Capitol Hill that keep our government open and accountable to the governed.”

“The American Society of News Editors’ commitment to the public’s right to know predates the federal Freedom of Information Act.Our organization has been involved in every major improvement to the federal FOIA since the law’s enactment in 1966 and remain dedicated to maximum government transparency, including access to government records through FOIA.

On behalf of America’s news leaders, we urge the 116thCongress to continue to strengthen this vital law,” said Nancy Barnes, President of the American Society of News Editors.

“Like many reporters covering local communities, our members rely on the federal FOIA more than you may realize,” said Molly Willmott, President of the Association of Alternative News media.

“Federal information is not just relevant to people in Washington, D.C.; the federal government touches our lives daily. Reporters at alt-weeklies use the federal FOIA to track the equity of federal assistance programs, the impact of military bases on our local communities and funding for crime prevention programs. The Association of Alternative News media is committed to ensuring access to these records remains strong.

“The Founding Fathers’ guarantee of a free press safeguards the media’s important role in a democratic society and provides for a more informed American citizenry. We strongly urge lawmakers to make protection of the First Amendment a priority in the 116th Congress.

”“News organizations have to band together to protect the people’s right to know. These days, we have to have eyes on acts of both Congress and the executive branch, because the smallest of decisions can have great ramifications. NNA is an active member of NMOG not only because of our long-standing defense of the First Amendment, but also because whatever Washington does is echoed at home in our states and cities.

We are all about local news, and local news requires 24/7 vigilance to make sure journalists and the public can get the information they need,” said Andrew Johnson, President of the National Newspaper Association and Publisher of the Dodge County Pionier (Wisc.).“Citizens across the country rely on journalists, both in Washington and in their local communities, to keep them informed on what’s happening in their government. Unfortunately, over the years we have seen proposed legislation that –intentionally or not –would have restricted the free flow of information to the public.

As a member of the News Media for Open Government, we look forward to working with the 116th Congress to ensure that the public’s right to information –and the media’s ability to engage in news gathering –remains unimpeded,”said David Chavern, President & CEO of News Media Alliance.

“For 20 years, the Online News Association has supported digital journalists to keep the public informed and hold people in power accountable. We urge lawmakers to champion policies that preserve a free press and open government, including promoting the use of technology to ensure information is not only accessible but readily usable,” said Mandy Jenkins, President of the Online News Association.“As the nation’s largest professional association devoted exclusively to representing broadcast and digital journalists –at the national and local levels –the Radio Television Digital News Association urges the 116th Congress to preserve and protect the First Amendment’s guarantee of freedom of the press. Any restriction on journalists’ ability to seek and report the truth is a disservice to the American people’s right, and need, to know what the government is doing in their name,” said Dan Shelley, RTDNA Executive Director.

“For nearly 50 years, the Reporters Committee has fought to defend the First Amendment and protect the legal rights of journalists to gather and report the news,” said Bruce Brown, executive director of the Reporters Committee for Freedom of the Press. “We look forward to continuing that work alongside our coalition partners and policymakers in the year ahead as we advocate for a more open government and stronger news gathering protections that help ensure the public has the information it needs to make informed decisions, understand what their government is doing, and hold the powerful to account.

”“The Society of Professional Journalists has advocated for freedom of the press, open and transparent government and the free flow of information to the public since it was created nearly 110 years ago. As the largest, most broad-based journalism organization in the country, we will continue to work with our partners and lawmakers to ensure FOIA is protected, shield laws are strengthened, and the press remains free and unfettered,” said J. Alex Tarquinio, SPJ national president.NMOG members have worked together in a nonpartisan manner for over a decade to speak with a united voice to strengthen open government policies and practices.Members of NMOG include: American Society of News Editors, The Associated Press, Association of Alternative News media, National Association of Broadcasters, National Newspaper Association, News Media Alliance, Online News Association, Radio Television Digital News Association, Reporters Committee for Freedom of the Press, and Society of Professional Journalists.For more information on the coalition, please visit our website and follow us on Twitter@foropengov.