The management of Securities and Exchange Commission (SEC) held its 2nd quarter Capital Market Committee (CMC) Meeting on August 15, 2017 in Lagos. The event which is a gathering of the entire capital market community was attended by Self-Regulatory Organizations (SROs)/Trade Groups and an array of Dignitaries. 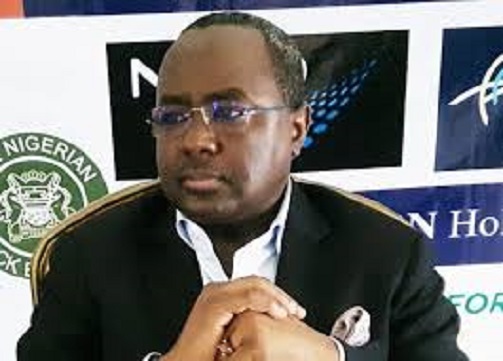 According to the press statement released today after press briefing yesterday disclosed that declaring the event open, the Director General of the SEC, Nigeria expressed delight at the recent positive vibes from the capital market and anticipates sustained growth as the economic fundamentals of the country continue to stabilize.

He also stressed the need for all Capital Market Operators (CMOs) to professionally advise investors on equity investments in order not to repeat the mistake of the past.

Furthermore, Gwarzo informed the meeting that from the last CMC till date, the Commission had successfully: Formulated Rules on Transaction Cost Analysis, which is awaiting the approval of the Honourable Minister of Finance, Completed Update of the Capital Market Operators (CMOs) Data Base, and Adopted policy to grant exemption from the Commission’s registration process to Principal Officers of Trade-groups who are already registered sponsored individuals.

He added that the under-listed were still work in progress: Development of a uniform platform for subscribing to the E-Dividend Mandate Management System and the Direct Cash Settlement System, On-going discussions with the Central Bank of Nigeria on achieving the Dual Licensing Model.

One of the highlight of the event was the launch of the SEC Statistical Bulletin by Babajide Ogunsanwo of the Fact Box. The event featured presentations from various technical working Committees of the CMC including the recently constituted COMEX Ecosystem Committee Chaired by Daisy Ekineh who presented a roadmap for the Commodities market.

The statement noted that in the course of deliberations at the event, the CMC adopted the two resolutions as follow:

B The dissolution of the Market-wide Infrastructure Technology Committee headed by Mr. Ade Bajomo following the conclusion of their task, with the intent to constitute another committee to implement the recommendations of the Ade Bajomo led committee,

C Budget for the 2017 financial literacy campaign along with financial demands expected of all market participants,

D Conduct of clinic for all company secretaries and members of shareholders associations to emphasize the need for all public companies to have their securities registered with the Commission.

2 Embarking on targeted campaigns aimed towards attracting youths to invest the in the Nigeria capital market.

“The members remained optimistic of further improvement in the market given the prevailing market indicators. As proof of this optimism, the Chief Executive Officer of the Nigerian Stock Exchange informed the gathering that the primary market could witness some level of activity in the nearest future, while the FMDQ announced its intention to launch a Single Settlement Bank sometime in October 2017.

“The meeting ended with a discussion on certain tax legislative restraints on capital market transactions, which was agreed to be deliberated upon at the forthcoming CAMMIC meeting.

Kindly Share This Story: Workers in Ogun State on Friday afternoon called off their warning…

Jaiz Bank grew its total assets to N80.662 billion from N65.230 billion in the previous year