Eni has published on its website the documents of the judicial investigation into the acquisition of OPL245, in Nigeria, carrying out an in-depth fact-checking on all the main points of the ongoing trial at the Milan Tribunal. The company, reports a note, has decided this transparency initiative in the belief that the reading of the documents will allow to verify directly how Eni acted with absolute correctness and in full compliance with the law. You can see the dossier at the link https://www.eni.com/en-IT/media/opl245-case-process-nigeria.html?a=qARozOrMvWUBkG63mAN1 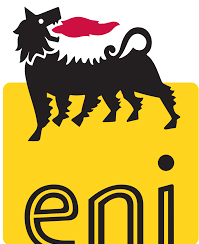 Through this initiative, the statement continues, Eni outlines, with broad documentary support, the key points of an affair in which international institutional bodies such as the Department of Justice (DoJ) and the Securities and Exchange Commission (SEC) have recently closed their investigations without taking any action against the company. An operation against which accurate internal investigations carried out on several occasions by independent third parties had in the past confirmed the correctness of the operation.

The development of OPL245, it still reads, would have brought and would bring great economic and social benefits to the Nigerian people; Eni corresponded directly to the Nigerian Government a fair and reasonable consideration with respect to the characteristics of the concession, the contractual terms and the historical evolution of the local and international oil market; Eni was not required to know, nor knew, the destination of the funds paid to the Malabu company by the Nigerian Government, a payment authorized by the British anti-money laundering authorities; the allegations of bribes to Eni managers were denied by witnesses and experts in the courtroom, as well as by the Finance Guard itself in 2016; As part of the transaction, Eni complied with internal procedures, international best practices and implemented any industrial, economic and process verification. These are the key facts that Eni demonstrates in the dossier, with documentation and subpoena of supporting facts.

Eni reiterates the total alienation of its own and that of its management with respect to the trial charges, and trusts that the truth can be re-established as soon as possible by the Judicial Court.

Kindly Share This Story: Also, the leadership of the Nigeria Union of Petroleum And Natural…