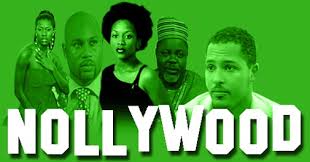 Emem Isong is a Nigerian screenwriter, film producer, and director. She has become known primarily for Yoruba language pictures, and is a dominant figure in that industry

Nollywood used to be an exclusive club for men. They called the shots as creative’s and financiers, while the women were institutionally and practically given a comfortable place that does not include taking the driver’s seat in any filmic project.

Whenever the ladies were on a movie set, they were either there as costumier, welfare person, make-up artiste or associate producers. Only a few called the shots as executive producers and or directors, and the number is still finger countable.

But all that has changed now, as there is an upsurge of women in the driving seat of film projects. Observers agree that they have, with their entrance, changed the face of filmmaking and film financing in the Nigerian motion picture industry.

In this first of a three part series, Celebrity salutes the growing list of cash and creative madams of moviedom, who deserve commendation for their quality contribution to Nollywood and for signing some of Nollywood’s recent stunning movie runs. 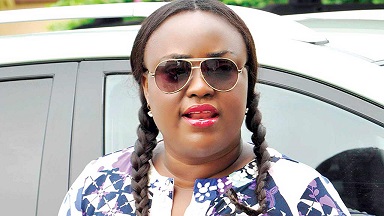 Clearly one of Nollywood’s prolific writers, movie producers and most significant female motion picture practitioners, Emem Isong-Misodi should rightly take a front seat in the gathering of Nollywood filmmakers because of her body of works.

She is reputed to have written and produced some of Nollywood’s critically acclaimed works.

Founder and Head of Faculty of the Royal Arts Academy (RAA), a notable training institution in Nollywood, the award-winning scriptwriter and producer trained as a dancer and choreographer at the University of Calabar.

She had a stint as a banker, ventured into film making, set up her own production company, Theatre Images in 1994, and much later, RAA, and since then, the mother, wife and Akwa Ibom native has not looked back.

Respected and regarded for her immense contribution to the development of the home video industry, Emem has signed well received works, such as Breaking Point; Emotional Crack, which won the 2003 Reel Awards for Best Actress and Best Upcoming Actress of the Year, respectively; Private Sin; Promise Me Forever; Critical Decision, which got the African Academy Movie Awards (AMAA) Best Actress and Best Actor of the Year award; Games Women Play; Behind Closed Doors; Guilty Pleasure; Games Men Play; and the acclaimed RELOADED, a film that was nominated for 2008 AMAA.

She has also won several awards, including City Peoples Award for Best Film Best Producer of the Year, Best Screenplay, and more recently Ayamma, Champagne and Zahra, an advocacy film.

Even with these productions under her belt, this filmmaking amazon said she has “only just started and hasn’t even scratched the surface of her creativity.” 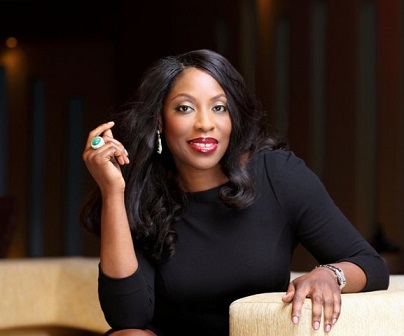 Mosunmola Abudu, usually known as Mo Abudu, is a Nigerian talk show host, TV producer, media personality, human resources management consultant, entrepreneur and a philanthropist. She has been described by Forbes as “Africa’s Most Successful Woman”

Hailed as African queen of talk, Mosunmola Abudu, popularly known as Mo Abudu, should about now be packing her bags, ready to lead a team back to Toronto, Canada for the world premiere of her third film as Executive Producer, The Royal Hibiscus Hotel.

The romantic comedy produced by her EbonyLife Film is the reason why Nigeria’s flag would fly high when this year’s edition of the prestigious Toronto International Film Festival (TIFF) opens this month in Toronto, Canada.

Directed by Ishaya Bako, best known for his effort in The Road to Yesterday, starring Genevieve Nnaji, The Royal Hibiscus Hotel is the only Nigerian movie and one of the three African features in the Contemporary World Cinema category of the festival.

The contemporary world cinema is a significant section of the festival, which spotlights 48 of the best new films worldwide.

Set in Lagos and London, The Royal Hibiscus Hotel tells the story of a passionate Nigerian chef, Ope, trying to follow her dream of opening a restaurant in London.

Frustrated by her lack of progress, she returns to Nigeria and discovers that going home can have unexpected rewards.

This is the second time an EbonyLife Film would be chosen for TIFF, the first being last year when the blockbuster, The Wedding Party (TWP), featured as part of the City-to-City section of the festival.

TWP went on to shatter existing box office records in Nigeria when it earned over N480 million after its cinema run. This was after another film by Mo, Fifty, raised the stakes cinematically and box office wise.

In fact, it is widely believed that any movie that Mo signs as executive producer turns gold. The Chairman of EbonyLife TV (Channel 165 on DSTV) was listed by New African magazine as one of the 100 most influential Africans of 2013 for her influence in African media.

Mo made the list with others, such as Tony Elumelu, Chimamanda Adichie, Bishop Desmond Tutu, Aliko Dangote and Joyce Banda.

Show hostess, media personality, human resource management consultant, entrepreneur and venture capitalist, Mo is in the business of broadcast and film production, as well as humanitarian work for life.

She revealled once that she sleeps, eats, drinks and wakes up thinking of the next content to let out. The sequel to the highly successful TWP, which she led EbonyLife films to produce in partnership with Filmone Distribution and Koga Studio, is in post- production. 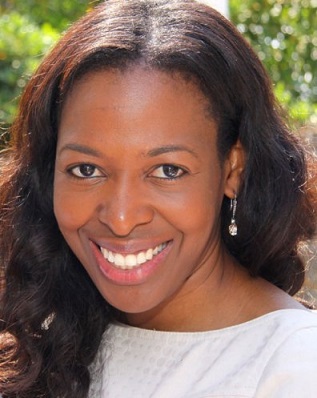 Biola Alabi is the founder and managing partner of Biola Alabi Media, a consultancy and production company. Biola Alabi Media produce Nigeria’s food travel documentary-series Bukas and Joints[,airing across Africa and in the USA.

Alabi is also the founder of “Grooming for Greatness” a leadership development and mentorship program for a new generation for African leaders. Named one of the 20 Youngest Power Women in Africa by Forbes Magazine (2012

She is another huge entrant into Nollywood, though the former MNET honcho is new to media production, where she has signed several television productions in her eventful sojourn at the MNET.

But her first fruit as an executive producer in Nollywood, Banana Island Ghost (BIG) is without doubt, very huge. The movie, which opened in theatres on August 4, this year, has been receiving rave reviews.

It is projected to rake in a substantial sum at the box office for the producer of the popular Nigerian travel food doc-series, Bukas and Joint.

Observers have also predicted that Biola would play a long and quality game in moviedom, considering the effort that was put into the entertaining and riveting comedy movie, BIG.

Written and directed by BB Sasore, and starring Chioma Omeruah, who is popular as Chugirl, and the stage and screen actor, Patrick Diabuah, the movie revolves round Ijeoma (Chioma), who wakes up to find a ghost (Patrick) next to her.

He has three days to fall in love and she will do anything to save her father’s house in Banana Island from the bank coming to reclaim it in three days.

The BIG is the first from a slate of five films by BAM-NEMSIA Pictures, a co-production partnership between Biola Alabi Media (BAM) and Nemsia Films, headed by BB Sasore and Derin Adeyokunnu.