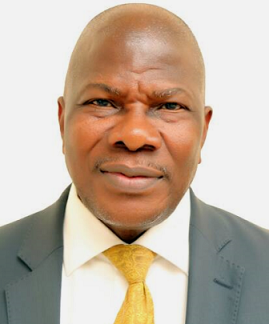 The Commissioner for Insurance and CEO, NAICOM, Sunday Thomas, had early this month told journalists that there is no financial bailout to ailing underwriting firms but said the commission can only support firms through its supervisory practices to assist insurance firms to tackle their challenges.

Therefore, Thomas urged them to, at all times, be alive to their responsibilities as insurance law does not give us the power to grant bailout to ailing insurance companies. However, through supervisory practices, either through On-site and Off-site reviews, we take a look at certain indicators that an insurance firm could hit insolvency, and we assist in an advisory capacity”.

“We also handle the issue of capital injection that would meet liabilities. Any company that fails to meet recapitalisation requirements would be cancelled. The issue is about liquidity, not solvency.

He explained that the commission had several times gave marching orders to failing companies to pay up agreed claims on which discharge voucher had been issued but noted that the general state of the economy has prevented the firms from selling their assets to liquidate their obligations.

NAICOM boss noted that many of the firms have good and valuable assets but their problems are about liquidity while efforts to dispose of some of these assets to pay their clients have been fruitless.

According to the NIA, in a statement endorsed by it’s Director General, Yetunde Ilori, disclosed that “The Governing Council has approved the expulsion of the three companies from its membership for failing to meet their obligations to Policy holders, thus negating the principles of insurance”.

Ilori went further to say that ” the affected companies should cease forthwith from using the association’s logo on their letterheads and their official documents’.

While in the Nation’ Newspaper, NIA Chairman, Mr. Ganiyu Musa, had briefied reporters on developments in the association last month, stated that he had been doing some house cleaning by beaming its searchlight on member companies who had failed to pay genuine claims to the insured.

He said they had focused a lot on discipline among their members.

“We have to be very harsh. We have an active committee on discipline and conflict resolution. The committee has been strengthened and empowered. We go beyond the usual refrain or chastisement to taking active steps to discipline erring members. We have a few of our members that have been suspended and some are about to be expelled. In a few weeks when the processes are completed, we will release the names of the erring companies to the public.

“We believe it is very important to send the message to our members, that when you carry the NIA badge, it should count for something. There is no amount of marketing that you can do, if the experience of the insuring public is bad, then we cannot make progress in the industry. We believe that after cleansing ourself of bad image, we can go back to the public to say, ‘all the good things that insurance stands for’ ”, he added.

Reacting to the expulsion, according the Nation, IGI Spokesman, Steve Ilo said it was not true that the three firms had been expelled.

“Yes, it is true that the NIA received complaints from their clients against them, but they have since resolved it,” he said.