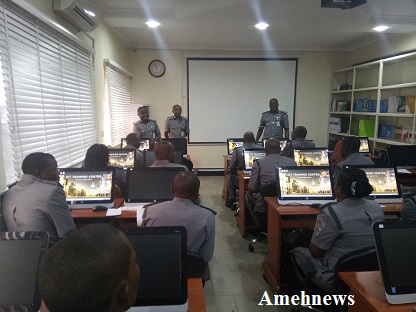 The full automation and computerization of customs processes and procedures received a further boost with the commencement of training of officers/men for the advanced stage of automation of NICIS II in line with the effort of the Service to upgrade its ICT base.

Declaring open the training session, the Customs Area Controller, Comptroller Bashar Yusuf, admonished participants to take advantage of the training to improve their capacity and competence in the discharge of their functions.

Comptr Yusuf stated that the course curriculum was carefully articulated to cover vast areas in the 21st Century Customs Operations in line with the World Customs Organisation (WCO) standard.  The training became imperative so as to prepare officers/men on the anticipated (NICIS II) which is coming as advancement to NICIS 1 as a major tool for facilitation of legitimate trade, he noted.

The Command Controller highlighted the importance of ICT to 21st Century Customs Operations and charged participants to remain focused towards acquiring the needed skills that will aid a quick comprehension of the provisions of (NICIS II). 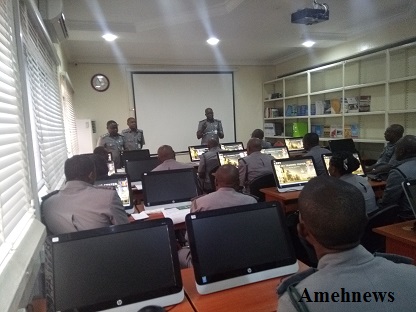 The Comptr Yusuf thanked the Comptroller-General of Customs, Col Hameed Ibrahim Ali and his Management team for approving his request to send resource persons from the Customs Headquarters for the training programme.

The training provides a template for chief examiners to be proactive such that cases of infractions could be detected and appropriate sanctions applied.

Meanwhile, the Area Controller has reiterated his commitment towards the actualization of the core mandates of the command.

He pointed out that training and re-training of his personnel have resulted in the high revenue being generated by the command despite the low volume of cargo traffic. 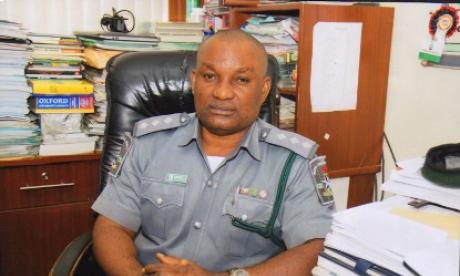 According to a statement signed and released by Uche Ejesieme, Public Relations Officer of the command stated further that his (Comptr Yusuf)resort to practical stakeholder engagement have provided an opportunity for the exchange of quality opinions between the command and the various stakeholders for the actualization of official optimal results.

The controller charged the trading public to ensure honest declarations and stated that the Service will continue to facilitate legitimate trade in line with global best practices while  he planned to sustain or surpass last year achievements and rewards from high command of the customs.

He has reiterated that there will be no room for complacency and that is why he has been engaging the Chief Examiners, Releasing Officers and O/C Terminals to ensure that all areas of Revenue leakages are identified and blocked. We also call on patriotic Nigerians to oblige us with reliable information that will help in enhancing our capacity to deliver on our mandates”.