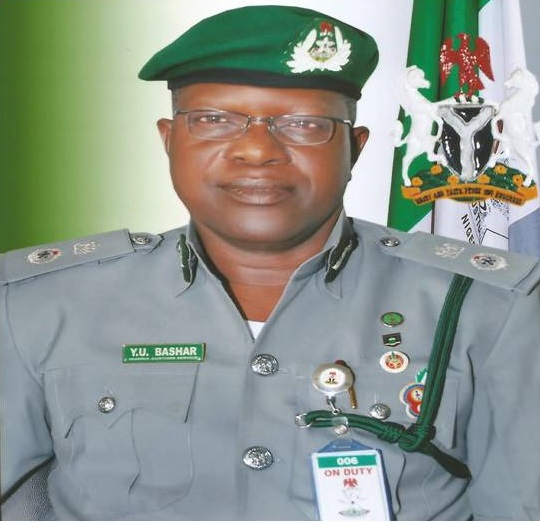 The Tincan Island Port Command is an integral part of the Nigeria Customs Service, saddled and entrusted with the responsibilities of collecting Revenue/accounting for same, facilitation of legitimate trade in line with the extant guidelines and Implementation of Fiscal Policies of the Federal Government in terms of trade.  The Command is also involved in internal security of the port axis in ensuring that the Port does not serve as a dumping ground for uncustom goods.

In line with its statutory mandate of Revenue Collection, the Command made a clear distinction between Revenue Collection and Generation, which was why a greater emphasis was placed on the later as veritable mechanism for achieving the former.  During the period under review, several documented infractions were noticed in the course of cargo profiling/selectivity, which necessitated review of such documentations. This process eventually led to the recovery of Revenue which could have been lost as a result of deliberate non-compliance.

Prior to the re-positioning of the command, the Customs Area Controller Instituted several reforms in the entire administrative and operational value chain this resulted in remarkable seizures in the command history.  Part of the strategy was on the issue of due diligence and professionalism in documentations and examination of cargo.  It was therefore on the basis of the foregoing that the command recorded a total of 2010 (two thousand and ten) Pump Action Riffles during the period under reference.  Following these the Comptroller General of Customs, Col. Hameed Ibrahim Ali (Rtd) was at the Command on those three occasions with some members of his management to address the media.

In the way encourage the staff to perform, a total of five (5) officers of the command who demonstrated uncommon diligence through detection of arms in the Command were rewarded with special promotions to the next Rank as an incentive for better functionality.

Also in view of the importance which the Command attached to capacity building, as a critical element in 21st Century Customs Operations, the Customs Area Controller embarked on a construction of an ICT Training Centre, with a thirty (30) workstations fully connected, to serve the training needs of officers and men as well as other critical Stakeholders.  The training facility has been used to train over nine hundred and fifty-eight (958) officers and stakeholders in areas relevant to their operations.

In the same vein, a State of the Art clinic was constructed to take care of the medical needs of both officers and other publics.  The clinic is fully equipped with male and female wards with a mini pharmacy.    These facilities were eventually commissioned by the Comptroller General of Customs, Col Hameed Ibrahim Ali (Rtd), who eulogized the Customs Area Controller for demonstrating exceptional leadership quality.

The command during the period under review sustained and strengthened it’s relationship with other key Agencies of Government both within and outside the  Port.  The Command strongly believes that mutual understanding for peaceful co-existence is key in the actualization of our mandate.  Also of note is the importance which the World Customs Organization (WCO) attaches to “Stakeholder Engagement”.  This, we have domesticated and demonstrated through interception of the handing over of intercepted regulated consignments to the appropriate Agencies for further due diligence.  Specifically we handed over ten (10) 40ft containers of both substandard, fake/regulated pharmaceuticals to NAFDAC and NDLEA respectively at different times during the period under review.

Tincan Command in mind to perform better than previous year lay out her operational template in such a way to align with the change ideology of the Comptroller-General and his Management, as we don’t envisage losing grounds but rather consolidating on the achievements already recorded in 2015 to 2017.

The command will seek to create proactive measures leveraging on our comparative advantage in the application of ICT for best practices.  The command is optimistic that the recent deployment of NICIS II platform, will further enhance our capacity in the area of Revenue Collection, and in ensuring extracting the commitment of officers/men, promoting transparency, integrity and professionalism. 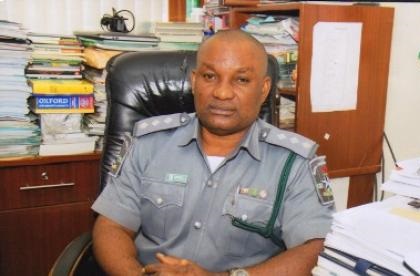 In a statement signed and released by Deputy Superintendent of Customs (DSC) Uche Ejesieme, the Public Relations Officer of the command  saying the Command appreciates the role of compliant traders who have consistently remained dependable allies through adherence to due diligence.   In the same vein, our Sister Agencies and other players in the Maritime Industry have demonstrated tenacity of the purpose in subjecting to the change ideology of the Comptroller General to the extent that we had seamless synergy and collaboration.

However, we still have pockets of issues, particularly with regards to non compliance by some of the traders.

As a responsible Command, we implore them to toe the line of sanity in order to assist the Command in meeting its demands.

In the last two years, the Command have developed various module, have changed the narrative and trajectory of the Command.  It will be recalled that the Command was prominent for notoriety in terms of the operational standards.  This propelled a paradigm shift which from all intent and purpose has re-positioned the Command in terms of renewed commitment and dedication of officers and men.  We are not reneging as we are not oblivious of the enormous expectation from the Nigeria Customs Service Management, more so when the strategic position of the Command to National Economy and development is considered.  We will surely surpass this record in the New Year.