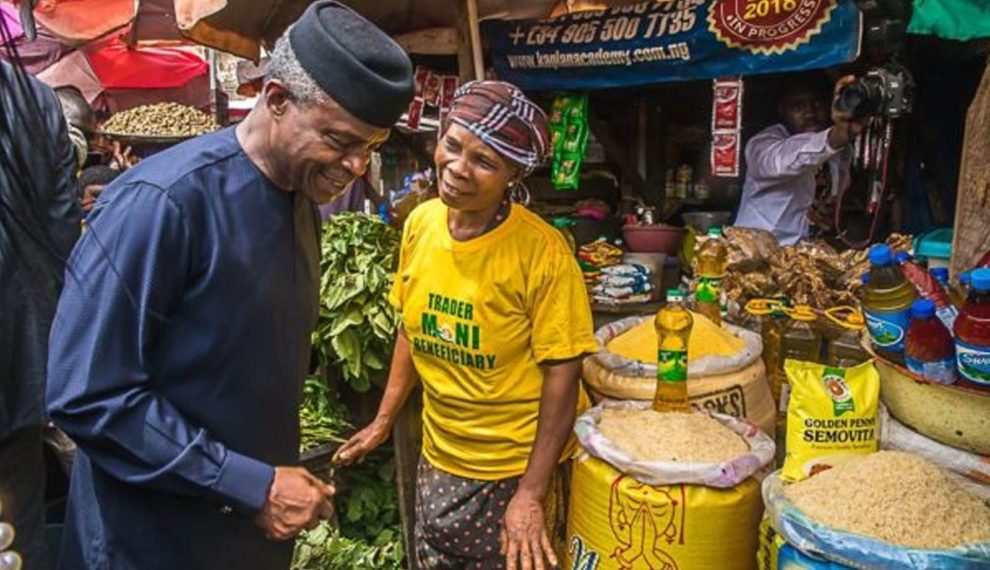 Senior Special Assistant to Vice-President Yemi Osinbajo, Laolu Akande, in a statement, said the government has continued to give the loans since the All Progressives Congress (APC) won the elections.

The presidency and the APC have been accused of buying votes under the guise of Trader Moni, and since winning the election, the scheme had been suspended.

But Akande said this is not the case, stating that 30,000 new traders have benefitted from the funds since the conclusion of the election.

He said: “Trader Moni, the interest/collateral free N10,000 loans for petty traders is on course. Ignore reports to the contrary.

“In fact since after the elections, about 30,000 new loans have been given across ten states. Also since traders have started repaying, N15,000 disbursements have also commenced to petty traders in Lagos, Borno, Ogun & Oyo states.

planned two million beneficiaries. And this is for all the 36 States and the FCT.”

The vice-president, who took the scheme to major markets across the nation before the elections, has since stopped the nationwide travel since the conclusion of the elections.

Sterling recovers as PM May gets extension for orderly Brexit