The company recorded N4.2bn as profit after tax (PAT) for the half-year ended 30th of June 2017, translating into 134 per cent growth compared to the loss of N12.19bn recorded in the corresponding period in 2016. The conglomerate achieved the impressive growth in profit from a total comprehensive income of N6.22bn, a 285 percent growth from the loss of N11.50bn recorded in the second quarter of 2016.

While the company’s total assets capped at N264bn for the period under review from N232bn attained as at December 31st,2016, the shareholders fund grew to N93bn, up from N86bn as at December 2016.

The company attributed the improved earnings and profits to increased production in its power business, improvement of the economic climate, which has impacted positively on the operations of its hotel business, among other positive indicators. 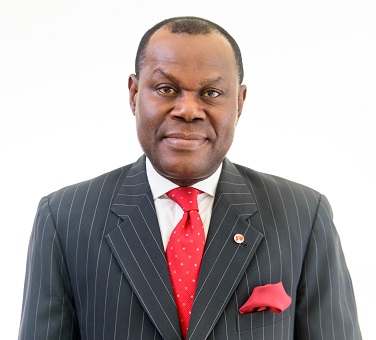 Commenting on the result, the President and Chief Executive Officer, Transcorp Plc., Adim Jibunoh, said the company’s performance highlights a significant recovery from the financial year 2016.

“Our results show continued growth and a substantial step-up in profitability despite the volatile economic environment. It was achieved largely through increased power output following improved gas supply. Our power plant, Ughelli Transcorp Power Company, has consistently ranked as the number one power producer, contributing an average of between 13% -15% of total power exported to the national grid during the 2nd Quarter of 2017,” Jibunoh said.

He noted that Transcorp Plc is on track for strong performance in the third quarter of 2017, as it has already initiated the process of enhancing the available capacity of the power generating plant from 620MW to over 720MW to take advantage of improving gas supply.

“In addition, improvements in general economic activity in Abuja and return to operations of the newly upgraded rooms at the Transcorp Hilton Hotels Abuja will boost occupancy and top line performance for Transcorp Hotels in the 2nd half of 2017. These changes are keeping us responsive to fast changing consumer trends and accelerating our drive to a stronger financial performance in the second half of the year. We see this as a proven way of delivering long-term shareholder value,” he concluded.