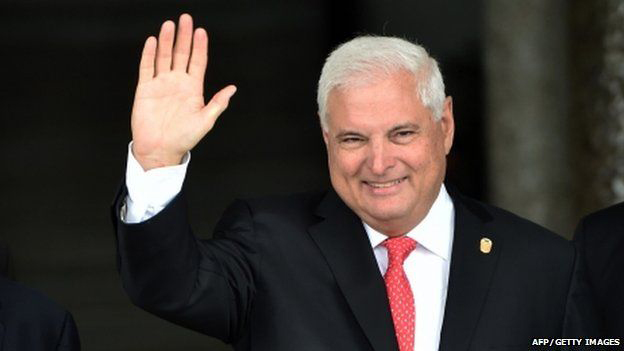 Transparency International and its chapter in Panama, Fundación para el Desarrollo de la Libertad Ciudadana, welcome the decision to extradite former Panamanian President Ricardo Martinelli to Panama to face trial for corruption and wire-tapping, and call on the US State Department to swiftly confirm his extradition.

Transparency International further calls on the Supreme Court in Panama to expand the scope of the investigation to include dozens of corruption allegations linked to Maritinelli’s time as president.

The current extradition request focussed on one case but Martinelli is subject to many more investigations including allegations of rigging tenders for public contracts for meals and book bags for school children under Panama’s largest social welfare scheme, the National Aid Programme.

“The Martinelli proceedings represent one of the world’s emblematic cases of grand corruption. Transparency International is now calling for the US State Department to confirm his extradition and for the Panamanian Supreme Court to ensure that all charges against Martinelli are heard. Only then will the people of Panama see that justice is being done and there is no impunity, even for the rich and powerful,” said José Ugaz, Chair of Transparency International.

“The victims of grand corruption – the Panamanian people – have to be reassured that the government and its Supreme Court are acting independently, ethically and with probity to prosecute this individual who has avoided accountability up until now,” said Olga de Obaldía, Executive Director of Transparency International Panama.

“The recent declarations of the Attorney General of Panama, who has complained about the actions of the judiciary, has put the Panamanian society on guard and we are demanding justice from our Supreme Court,” added de Obaldía.

Transparency International Panama is encouraging the attorney general to file charges against anyone who is holding up the investigations into Martinelli.

In addition, the Supreme Court must explain why so little progress has been made on the dozens of corruption cases related to Martinelli that it has had on file for more than two years. These must be accelerated and more evidence collected. Without progress it will appear that there is a lack of will to bring Martinelli before a court of law.

Panama’s Supreme Court last year ordered the detention of Martinelli for failing to show up for a trial on charges of spying on opponents. An extradition request was sent to the United States almost 10 months ago. The anti-corruption movement is monitoring the case against Martinelli, who was arrested in Miami in the US on 13 June.