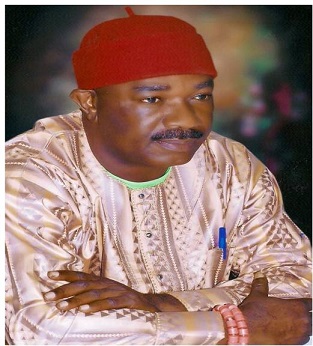 In this interview with journalists during the last edition of the Association of Maritime Journalists of Nigeria (AMJON’s) monthly news event tagged, AMJON Round Table; he said that the recent 21 days ultimatum they gave to the Federal Government by freight forwarders to address observed shortcomings in port operation, has been extended by another 21 days.
He also expressed disappointment in the Federal Ministry of Transport over moves to amend the CRFFN act giving powers of appointment of the council’s chairman to the president despite a pending case in the Court of Appeal over the council’s status as an agency of government
Sir, your association in conjunction with other leading freight forwarding groups in the in country recently gave the federal government 21 days ultimatum to address certain anomalies in the ports, failing which you vowed to embark on strike. The ultimatum has expired and you have not acted. Observers are wondering if the shortcomings have been addressed or were you pacified by the visit of the Controller-General of Customs to your respective offices or have you abandoned the struggle completely?
As I am seated here, I am almost 64 years; I founded the organisation like NAGAFF which is now found in all viable entry points of Nigeria Customs Service as far as border operation is concerned. As I am sitting here, I am also the national chairman of New Nigeria People Party (NNPP) with a capacity of winning an election in 2019. If not in any other place, I’m confident of securing victory in Bauchi State.
Those who are following events will see the revolution going on there even down to Gombe and Yobe states. And that political party, of course, is revolutionary maybe because of my nature as the founder of the party.
On the issue of strike, I don’t take to the word “strike” we should be talking about withdrawal of service and that is within the ambit of the law. Whatever you want to do in life, you need to look at the law. So it is not an offence for us to say that we are withdrawing our services.
Those who know NAGAFF will agree with me that we are not into such unruly behaviour, so 21 days notice is to draw the attention of the government to come out and begin to look at the issues as it were because we are talking about Nigeria; it is not a personal thing. It is for the good of the Nigerian people. So, the notice we gave, of course we have seen the Controller-General of Customs, we also held a meeting with the MD of NPA, we met Shippers’ Council. The last was with the Permanent Secretary, Federal Ministry of Transport under the mandate of the Presidency to hold the meeting with us.
Issues were raised in writing and the segment of allegation on Nigeria Customs, Nigerian Ports, Terminal Operators, Standard Organisation of Nigeria (SON), National Agency for Food, Drug Administration and Control (NAFDAC), Maritime Police, down the line in each column, we made an observation. Having said those things, we proffered solutions and what should be done. It was targeted at anybody; it was for the good of the port.
The port is going through reforms, if we take a holistic view at the port administration and management; the concession policy of the government, government is targeting efficiency, and productive port that is competitive. It is in view of that, that when we met with the Ministry of Transport as directed by Mr. President we handed them a document duly signed by NAGAFF and ANCLA.
We learnt that the document has been transferred to the Vice President who was given the mandate to look into it. That document is also with the Customs, NPA, we copied everybody. We want to see our port to be functional. This is not the time to blame anybody. So another 21 days notice has been given to the government after meeting with the Transport Ministry to enable us engage ourselves frankly. Just watch what will happen.
Advertisement

The Council for the Regulation of Freight Forwarding in Nigeria (CRFFN) has been plagued by crisis since inception, what are the issues that are preventing the council from moving forward?
I am the founder of NAGAFF, I am the same person who thought it wise, in line with global changes, to begin to bring Nigeria back on the global stage on carriage of goods and services across customs borders. I hosted the vice president of the global body of freight forwarders, Isa Balusha during his visit to Nigeria, thereafter, I took him to meet with the Transport Ministry, then we proceeded to meet the Customs authorities, then we were asked to form a body that will bring all the competing freight forwarding bodies together. We introduced a bill to the National Assembly.
So CRFFN was established as the platform to bring everybody under one umbrella. Now the council came to be. At the maiden election, we all witnessed what happened and it can be said that Nigerian Shippers’ Council was the first body that brought inefficiency in the council, how did they do it? the membership of the council is in three categories: Corporate body, Individual and Association.
The maiden election was done based on licenses given by customs to corporate bodies. The election became rigged and arrests were made in Abuja and nobody could do anything. So out of the eight positions in the council, seven were won by ANCLA. Then ANCLA went to the council to do ANCLA association instead of executive of council. That was the beginning of the fall of the council.
Mr. Lucky Amiwero went to court, NAGAFF did not go to court because we can not kill a baby that we nurtured, and moreover, the duration for the executive council was just four years. Before we knew it, these ANCLA people went to make the council to be a parastatal of Transport Ministry, wearing logo as if they are customs officers, wearing federal government badges. So what is going on in the council today shows that the Shippers Council midwifed the council to fail, not to succeed, quote me. There is no other person that can say this than me.
As I am talking to you, we are already in court. I have been telling people that this country is derailing for the reasons that we don’t seem to respect the law. That is why we have problems. When  the Transport Ministry moved to adopt the council as an agency of government, we went to court, then the judge made a ruling that the council is an agency of the government and that is what made us to proceed to appeal court.
Now as an agency of government, the President will appoint the Chairman, then every other position shall be subjected to election as against the original plan of getting all positions through election among freight forwarders.In the amendment to the CRFFN Act, the Ministry of Transport is seeking that the President should appoint the Chairman of the council. This is a betrayal of trust. The Transport Ministry ambushed us and to me, that was a total betrayal.
Should the government fail again to address the issues you have raised, is there room for further extension?
The federal government is our government. Every responsible government has a mandate; the government has no reason to fail us. The government has come to talk to with us because some of the things we requested for are already been implemented. If government fails to fulfill the entire request, we will give them extension.
What is your take on the alarming rate of properly exited containers from the ports, being arrested by the police outside the ports?
Don’t ever go contrary to the law. If you go contrary, the law will crush you. When you come to the port, police has observer status. If a container has exited the customs port, it has gone out of customs jurisdiction. The police have what they call general power. Under the general power of police, as far as crime is concerned, the police can arrest based on suspicion or information.
Advertisement

Customs instead of going after importers of intercepted contraband often hold on to the Freight Agents who are not the owners of the arrested goods, what can you say on that?
Any agent arrested is also the importer. Yes, no agent should suffer for any importer’s crime but the agent must be careful on the type of job he takes and from who? You should be able to hold brief for your principal or be able to produce him when the need arises.