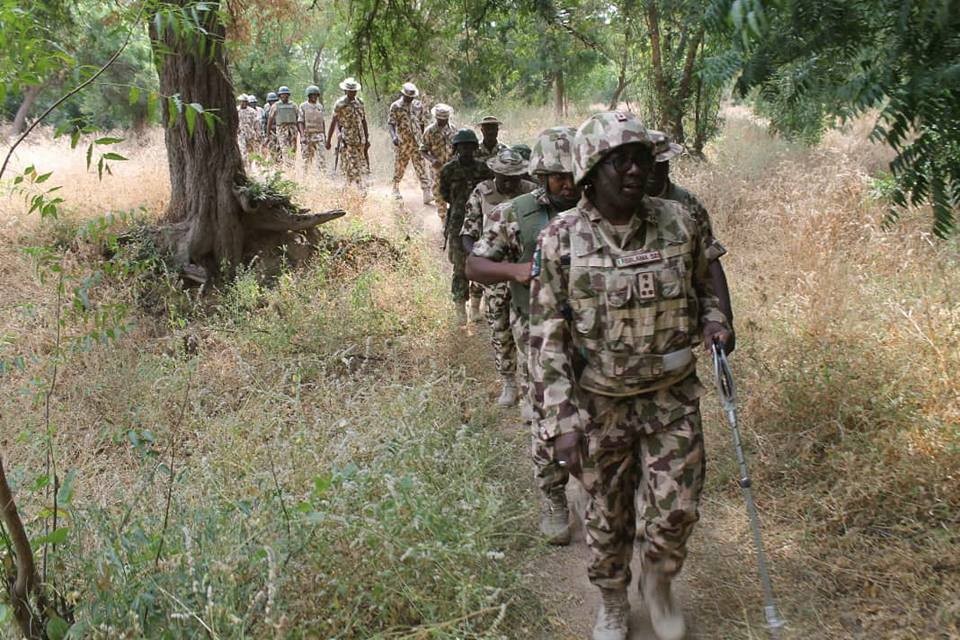 Troops of Operation Lafiya Dole have shot dead three top commanders of Boko Haram, who were aides of the terrorists’ leader, Abubakar Shekau, and 72 other fighters during a gun battle in the Banki and Firgi areas of Borno State.

The Defence Headquarters, Abuja said, in a statement on Wednesday that the commanders, Manzar Halid, Abu Fatima and one Nicap, were killed after the terrorists attempted to invade the location of the troops at Banki Junction.

“After the attack, human intelligence confirmed the death of some high ranking commanders of the Abubakar Shekau’s faction of the Boko Haram terrorist’ group. The commanders that were killed included Manzar Halid, Abu Fatima and one Nicap. Additionally, 72 members of the sect were also neutralised.

Meanwhile, the Nigerian Air Force in a statement  says it has detailed an all-female crew to conduct intelligence, surveillance and reconnaissance over Niger State and environs as parts of efforts to stem the tide of banditry in the North-West.

The NAF Director of Public Relations and Information, Air Commodore Ibikunle Daramola, said, “The intelligence was to support NAF air interdiction missions as well as the operations of ground forces.”