.Say JCOSTO not carried along in strike by clearing agents 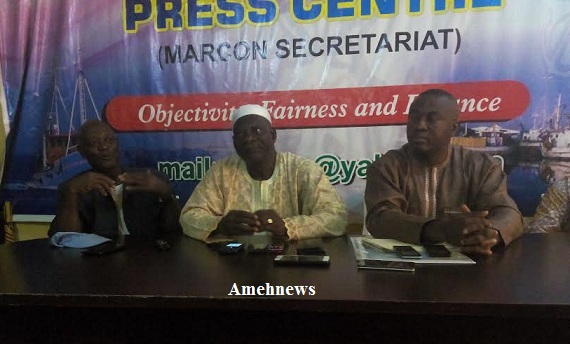 As the withdrawal of service by clearing agents and other stakeholders continue at the nation’s seaports, a body of truck owners under the auspices of Joint Council of Seaport Truckers Operators (JCOSTO) has threatened the sue the Nigerian Ports Authority (NPA) and the Federal Road Safety Corps (FRSC) over alleged extortion by officials of the agencies.

Speaking at a round table meeting with journalists under the aegis of Association of Maritime Journalists of Nigeria (AMJON) in Lagos on Tuesday, Chairman of JCOSTO, Alhaji Kayode Odunowo alleged that too many levies paid by truckers to government agencies, which in turn have rendered most transporters jobless.

He disclosed that the matter is already with the Federal High Court and the case would likely come up for mentioning soon.

According to him, the regulatory agencies have contributed negatively to truckers  operations ,stressing the need for government to reduce the number of agencies on the roads.

The truck owner however stated that apart from the Nigeria Airforce every other paramilitary agencies of government including the Nigeria Navy, Army, Police, etc have allegedly extorted transporters operating within the seaports

Odunowo was accompanied by the Secretary General of the council, Chief Godwin Ikeji called on the government to create an enabling environment to enlighten both government agencies deployed on the highways and truck operators.

Speaking on some of the challenges faced by transporters operating within the ports corridors,the truck owners noted that it takes five days for a truck to access the seaport in Lagos,pointing out that the roads linking the ports are in deplorable condition.

The chairman however accused truck owners in the dry cargo section of haulage business due to lack of co-ordination in their operations.

He commended operators in the wet cargo section for a better coordinated operations in the oil and gas industry urging maritime truck owners to work together in achieving success in the business environment.

On the ongoing service withdrawal by transporters and freight agents across the country, the council lamented that the body was not carried along and the organizer did not adequately mobilise the all the stakeholders.

JCOSTO Chairman said that the council is not against the strike but added that the “council had been involved in the issue of the poor port access roads which prompted withdrawal of service sometimes last year and we spend more than N4 million to fill some of the bad spots on Apapa road that year.

We are not part of the strike but we are interested in what brought about the strike. We have documents to show that we have written to the government concerning the bad condition of the ports access roads, he said.

Odunowo however appealed to the government to expedite action to fix the bad roads saying it would help to forestall incessant falling of trucks along the port roads as well as help to cushion the effect on the trucks.

He said,We want government to repair the  ports access roads, we have been calling on the government to try their best as our truck with containers are falling down every day and that mean loss of business for the truck owners and the containers too.

If the roads are in good condition, it will be easy for the trucks to move the goods faster and do about three trips in a day, he added.

Aiteo Strengthens Group with the Appointment of International Advisor