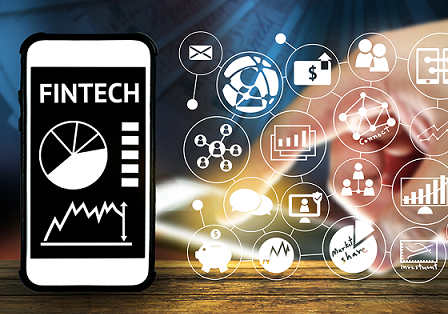 By Rufus Ejiofor
Before the implementation of the Treasury Single Account policy (TSA) of the Federal Government in 2015, it was common practice for some commercial banks to use government funds in their coffers to purchase government debt instruments. By ‘ploughing back’ these funds into the short end of the government debt market, these banks made ‘quick profit’ at the expense of government.
Back then, it was impossible to say with absolute certainty what government was worth in terms of its deposits with the commercial banks. This was because even some federal universities had as many as 120 known bank accounts, while other accounts, with heavy balances, were kept under wraps. By mid-2015, it was estimated that Ministries, Departments and Agencies (MDAs) operated as many as 17,000 bank accounts scattered across commercial banks. This complicated shadowy maze fuelled corruption, cost government N4billion monthly in account management fees, and resulted in unremitted funds, which often went unaccounted for.

With the implementation of TSA, the myriad of accounts was collapsed into one account, domiciled with the Central Bank of Nigeria. In the last 22 months of the implementation of the policy, it has not only engendered greater transparency but government is better able to keep tabs on its income, thanks to the ingenuity of SystemSpecs’ Remita which is responsible for synchronising the funds into the single account. As of March 2017, the TSA had more than proved its mettle as it had efficiently handled government transactions to the tune of N7trillion.
But the implementation of TSA, which is also practised by countries like Sweden, Brazil, France, and the United Kingdom, has done more than boost accountability and transparency. It has also engendered ease of payment for government-related transactions, improved financial inclusion and drawn attention to the place of indigenous platforms in managing large-scale complex transactions.
In more developed climes, successes such as the one recorded by the TSA would most likely have inspired the authorities to make fintech start-ups play bigger roles in the financial services space either as entities distinct from or in collaboration with banks. For instance, in its latest innovative move, the Bank of England is giving fintech start-ups direct access to the UK’s Real-Time Gross Settlements systems (RTGS), the British equivalent of TSA.
According to Bank of England Governor Mark Carney, this is being done to stimulate competition and innovation in payment services. The British apex bank expects that the first non-bank or payment service provider will have access, subject to legislation making its way through parliament and coming into force, by 2018.
With the new development, tech companies will no longer have to go through selected banks and other providers for a settlement account with the Bank of England which allows them to transfer money between different institutions on behalf of customers. As a precondition for participation, however, fintech companies have to demonstrate compliance with an established risk management framework. This is the way to go even in Nigeria as this would further support financial stability through greater diversity and risk-reducing payment technologies. But what do we have instead? At present no one person in government is exactly a poster child for the TSA, except maybe the President and Vice President. Small wonder, then, that we have been witnessing pockets of defaults regarding remittances into the account by some government agencies since the president took ill.
Meanwhile, a World Bank paper suggests that the TSA “has become international good practice to include as many government-controlled trust funds and Extra-budgetary Fund within the TSA as legally possible.
“The main argument is that the government is—or should be—considered to have the highest creditworthiness in the country, and that an alternative place to hold trust fund assets is thus sub-optimal. Indeed, many countries have laws which insist that certain trust assets can only be invested in government obligations.”
But there are cases in Nigeria where funds are still not remitted to TSA as and when due. Recently, a Federal High court in Lagos granted an interim order for seven commercial banks to remit the sum of $793million, allegedly hidden with them in violation of the TSA policy. The action of the agencies and banks directly undermines the success of the policy, even though some of the banks have made attempts to clear their names.
The Federal Government needs to push ahead with the TSA policy against all odds and enforce compliance amongst defaulting parastatals/private sector entities such as the NPA, commercial banks, NHIS, etc that have declined to remit funds in their custody. This is because if left unaddressed, these pockets of non-compliance could soon become a tsunami and ultimately undermine and destroy the policy completely.
Strong deterrents including appropriate sanction, through fines, suspensions and other measures should be applied on erring companies or government agencies that totally or partially flout TSA directives.
The bold and decisive implementation of the TSA policy is one of the major achievements of the Buhari led federal government. Even when pessimists feared that the policy would adversely affect the banking system, those fears have been proved wrong so far as the policy has resulted in massive savings for government.
There have been attempts to underscore the key gains of TSA for economic growth but the administration has to better communicate them to the Nigerian people. Certainly, TSA frees up more funds for developmental projects. However, World Bank literature suggests that there are eight other major gains from a well implemented TSA policy.

A well implemented TSA policy, according to the World Bank, ultimately improves appropriation control, reduces bank fees and transaction costs, improves operational control during budget execution, enables efficient cash management, facilitates efficient payment mechanisms, improves bank reconciliation and quality of fiscal data, lowers liquidity reserve needs and allows complete and timely information on government cash resources.
Most of these have been achieved through the Nigerian experience. And because of this success it behoves the government not only to strengthen the policy but also to see to it that other African countries adopt it. Because that is the logical thing to do to improve transparency on the African continent.
Ejiofor is a public affairs analyst based in Benin City

REDTV’s ‘Here and Now: The Adventures of TASA’ Returns