Turkey’s military operations in Syria have killed around 1,800 Islamic State and Kurdish militia fighters since being launched in August, President Tayyip Erdogan said on Wednesday. 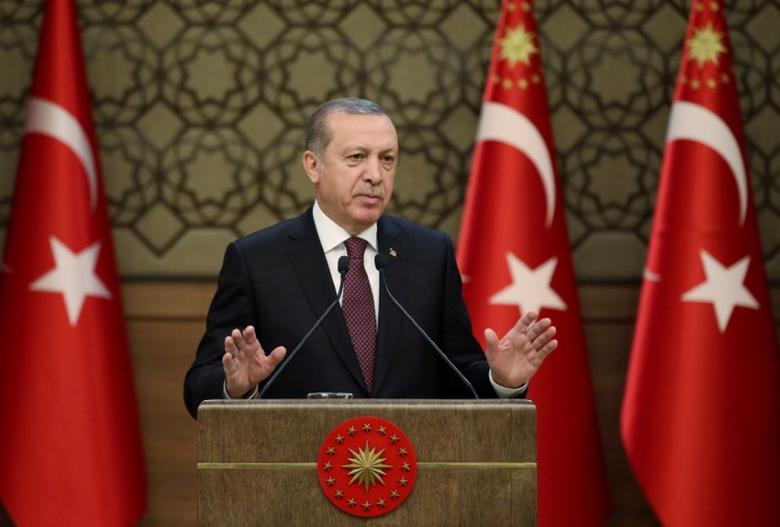 Turkey launched “Operation Euphrates Shield” four months ago in a bid to push Islamic State militants away from its border in northern Syria and prevent Kurdish militia groups from seizing territory in their wake.

Erdogan also said more than 40,000 people had been formally arrested following July’s failed coup. More than 100,000 people have been sacked or suspended in the civil service, army, judiciary and other institutions since the attempted putsch, in which more than 240 people were killed.

Too big to fail: China maps out its Trump strategy