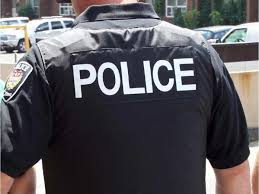 No fewer than two persons died in separate clashes between two rival cults in Ondo town, Ondo State, on Wednesday.

It was learnt that the clashes occurred in the Sabo and  Orisunmibare areas of the community.

PUNCH Metro was told that the victims were Oluwole Samson and Wale Ajayi, suspected to be members of the Eiye and Aiye cults, respectively.

It was gathered that Samson was at a relaxation centre with his friends when some men attacked and shot him dead.

Another source said Ajayi, who was a revenue collector in the town, was also shot dead by yet-to-be-identified gunmen.

The source said, “Both of them were strong members of Eiye and Aiye groups in this town ( Ondo).”

The state Public Relations Officer, Mr. Femi Joseph, confirmed the incident and explained that immediately the command was informed about the clashes, policemen were deployed in the area to restore peace.

Joseph said four suspected members of the two cults had been arrested.

He said, “We will continue to arrest them until we get rid of cultism in the state. Those arrested will be charged to court after the completion of our investigation

Ambush of oil workers: Corpses of 18 soldiers, 30 others arrive Maiduguri