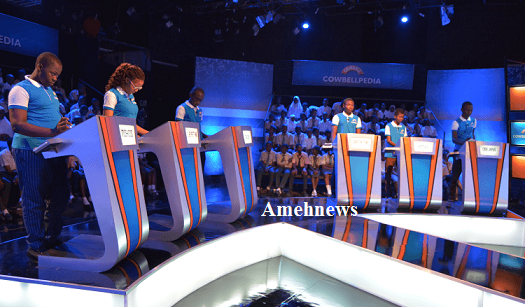 Terzulum, 13, a JSS3 student, who scored 93 percent in the qualifying examinations, said he had what it takes to go all the way and win the ultimate prize. “I thank God I cross this river. The beginning is always very difficult because of the initial tension and fright. The worst is over for me now. I have learnt the necessary lessons to excel in the next stages,” he said.

Ibeh, a 15-year-old son of a Professor, also expressed huge confidence in his ability to emerge champion in the Senior category of this year’s edition. His best subject is Mathematics and he aspires to become an Aeronautic Engineer.

“I believe God who has seen me through this stage will pilot me to the finals. I have my eyes on the finals and I believe the ultimate prize will be mine,” he told journalists in Lagos last weekend.

An all-expense paid educational excursion outside the country and N1 million is the ultimate prize for this year’s winners in both the Junior and Senior categories, while the first and second runners-up in each category will go home with N750,000 and N500,000 respectively.

The teachers of the 2017 champions will be awarded N400,000 each, while those of the first and second runners-up will receive N300,000 and N200,000 respectively. The winning schools will be rewarded with Mathematics textbooks, desktop computers and printers.

The 2017 Cowbellpedia Secondary Schools Mathematics TV Quiz Show continues this weekend and will be aired to millions of viewers on DSTV Africa Magic Family channel, Africa Independent Television Network and other six television stations across the country.