The management of United Bank for Africa Plc, on Tuesday said it had applied to the Financial Services Authority of the United Kingdom for a banking l… 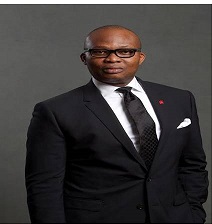 The management of United Bank for Africa Plc, on Tuesday said it had applied to the Financial Services Authority of the United Kingdom for a banking license in its bid to further connect Africa to the world through global financial centres, complementing its existing presence in New York and Paris.
Reuters quoted the group’s Chief Executive, Kennedy Uzoka, as saying during a conference call following the release of its audited half-year financials that UBA made provision for its N38bn exposure to 9mobile, the mobile operator formerly known as Etisalat Nigeria, but failed to give details of the provision.

He assured the analysts that the exposure, which was part of a $1.2bn syndicated loan with 12 other banks extended to Etisalat Nigeria four years ago, was secured.

Domestic banks in the syndicate agreed to extend the loan made to 9mobile, pending the mobile operator finding new investors, even as their foreign counterparts are already making provisions.

Uzoka disclosed to Reuters saying: “We have taken a general loan loss provision on Etisalat.

“It’s instructive to note that Etisalat has reasonably turned around in terms of subscribers and revenues,” he said, adding that the bank was one of the lenders managing its receivables.

Zenith Bank said early this month it had made a 30% provision on its loan to 9mobile, the country’s fourth-largest telecoms group.

The Central Bank of Nigeria (CBN) and National Communications Commission (NCC) stepped in last month to save Etisalat Nigeria from collapse and prevent lenders placing it into receivership, prompting a board, management and name change.

Uzoka said Nigeria is its largest market, but that he expects the bank’s African operation to contribute about 50% to group earnings over the medium term from 32% in the first half of the year.

The bank expects its net interest margin to be greater than 7% at the end of the 2017 full year in December, just as it hopes to continuously leverage on its sound governance, risk management and compliance culture and adhere to international best practice.