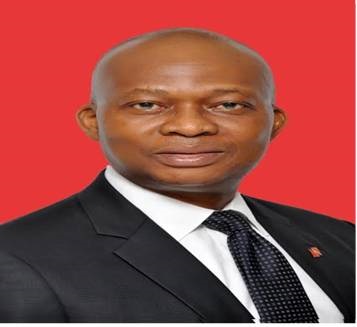 In the mixed of grave pictures painted about the Nigerian Economy by some international organisations, the United Bank for Africa (UBA) has kept a firm focus on building up its brand as a major African financial bellwether. The bank results showed gross earnings grow by 16 per cent to N258billion in H1 2018 from N223 billion in half year (H1)2017, representing a growth of 4.1 per cent. This came about by a foray into the regional market, where it gained from a first pan-African mover status.

Top stakeholders in bank industry have so far admired UBA’s ability to harness a mixed basket of opportunities in about 20 countries across s the continent. The lender has since reversed its losses posted in smaller countries and returned to profitability in both Uganda and Kenya.

UBA also ended the first half of the year with a Profit Before Tax of N58.1bn, representing a slim one per cent rise over the previous year’s figure of N57.5bn. Profit After Tax equally improved to N43.8bn, a 3.4 percent growth from N42.3bn posted in the corresponding period of 2017. Deeper analysis reveals that the first half of the year profit, translated to pre-tax and post-tax return on average equity of 23% and 17% respectively or between 5 and 11 per cent above risk free yields on government securities.

The harsh economy and high earlier High Non-Performing Loans helped to caution the banks into reducing their loan portfolio in the H1 2018.

But this did not deter UBA which declared an interim dividend of N0.20 per share for every ordinary share of N0.50 each held.

Boniface Okezie, a shareholder activist, commended the board and management for the dividend in spite of unfriendly operating environment.

Commenting on the results, the Group Managing Director/CEO, United Bank for Africa Plc (UBA), Kennedy Uzoka said: “Our performance in the first half the year reflects the resilience of our business model and strategies.

In fact, the half year 2018 was also turbulent and banks were only able to declare very thin margins.  A critical look at the banking industry revealed that G T Bank, Zenith Bank and Access Bank were not at their best at the end of June 2018.

United Bank for Africa (UBA) Plc is one of Africa’s largest financial institutions with operations in 20 African countries and 3 global financial centres’, New York, London and Paris. With more than fourteen million customers and over 1,000 business offices and customer touch points globally, the lenders share price stood at N7.40 per share as at September 14, 2018.

At this price investors are better disposed to pick up the shares which price earnings ratio is very low at 3.30.

Lagos based Managing Director of HIGH Cap securities limited, David Adonri believes that UBA performed impressively in the half year results. He said the interim dividend pay-out of 20kobo benefitted many shareholders at this low period in the economy.

Adonri advised investors to take position on UBA stock especially now that it is under- valued.

Since 2005 when the new UBA came on stream, UBA has been floating on air. Analysts have attributed to quantum leap to a combination of clever marketing, strong and bold thinking (typified by the way the former STB took over the accounts of members of the national assembly and the legislative institution itself) and a coherent succession plan that has avoided internal rancour and allowed some of the industry’s finest hands rise to positions of greatest competence.

The Elumelu years set the tone for what has proved to be UBA’s sunshine years as expansion has come fast and thick especially across the African continent.

Presently, Uzoka is not only consolidating the capacity of the continental bank, but he is also articulating a far-reaching plan which will take the bank into a deeper digital phase. The banking industry still remembers that UBA as STB was one of the first banks to introduce real time banking services in Nigeria.

Continuing in that culture, Uzoka notes that,“We are integrating banking to our customers’ lifestyle, simplifying processes for routine transactions and driving financial inclusion by making banking services accessible and affordable. We are creating opportunities for wealth creation and economic progress, as we empower our customers through innovative platforms and solutions that support their personal and business growth. Our commitment to delivering excellent service is paying-off, as we increasingly win a bigger share of customers’ wallet across our chosen markets. We won the highly coveted “Africa’s Best Digital Bank”

Uzoka also explained “Our enhanced asset-liability management strategies improved asset yield and grew interest income by 21 per cent despite prevailing yield environment. Our re-engineered sales structure provided the impetus for renewed retail deposit growth. I am particularly pleased by the 24 per cent year-to-date growth in retail savings and current account deposits, underpining the increasing penetration of our digital offerings and the Group’s overarching goal of democratizing banking across Africa. We improved net interest margin to 7.4 per cent in line with our 2018 target, notwithstanding strong competition for wholesale deposits and the impact of rising global interest rates on our foreign currency funding,”

“We sustained our asset quality, with cost of risk at 0.8 per cent. Whilst the loan book declined by 6.5 per cent due to prepayments from some customers in Nigeria and Ghana, we grew the overall balance sheet by 5 per cent in the first half of the year. The Group’s capital adequacy ratio of 23 per cent, Bank’s liquidity ratio of 48 per cent and loan-to-deposit ratio of 57 per cent all reinforce our capacity to grow, with ample headroom for risk asset creation,” Nwaghodoh, the Group CFO, also explained on the banks financial performance.