The United Bank for Africa Plc (UBA) on Thursday released its audited half-year result after days of high expectation which led to a 20 kobo cash dividend per share, same as in the corresponding period of 2016  but with a 56.19% net profit rise. 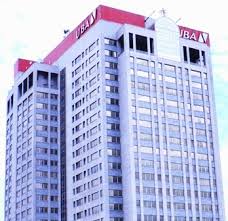 The said audited half-year result of the UBA Plc on Thursday, which the directors offered a 20 kobo cash dividend per share, same as in the corresponding period of 2016 and 56.19% rise in net profit was faster than the 34.5% gross earnings growth, and despite the 98.61% increase in tax expenses. The management moved closer to achieving plans to de-risk the group, with earnings and profit from other parts of Africa (UBA Africa) rising to a significant 34%.

Further analysis of the result showed that corporate banking contributed N95.139bn or 42.71% of revenue; followed by N84.665bn or 38% from the retail and commercial banking segment; while treasury followed with N42.914bn or 19.26%.

Corporate banking achieved a net profit of N24.04bn or 56.77% of total; followed by N10.176bn or 24.03% from treasury and financial markets’ business; while retail and commercial banking fetched N8.123bn.

Plans to connect all South Africans to internet by 2020 underway

Mayweather Defeats McGregor, Ends It In Round 10