Lagos, 8th April 2017 – The United Bank for Africa Plc (UBA) once again demonstrated its commitment to excellence in customer service, by celebrating staff who have strived to implement the Bank’s core values of Enterprise, Excellence and Execution.

At the event held at the Eko Hotel Expo Centre, Lagos, Nigeria, UBA gathered customers, captains of industry, dignitaries from politics and diplomacy, staff and Board members from its 19 African country network, to witness the 2017 UBA CEO Awards.

The prestigious annual event was first established in 2008 to celebrate outstanding performance within the UBA Pan-African family, showcasing excellence, significant innovation and service in key areas of the Group’s business.

UBA’s industry-leading recent promotion of 3000 staff members illustrated the Bank’s appreciation of their contributions and their service delivery to customers. Amongst a distinguished audience, the Bank and senior management on Saturday night again celebrated its staff at the CEO Awards Ceremony, in UBA’s inimitable style – bringing together Lions and Lionesses from across Nigeria and Africa.

Over 10 Awards were given. Of each award category, the GMD, Kennedy Uzoka said “We recognise and appreciate that there are so many staff members who have demonstrated aspects of each of our core values, but we have had to single out the very best. We celebrate our Lions and Lionesses who used their ingenuity and creativity, as well as their industry experience and passion, to work tirelessly to deliver excellent service to our customers and to continue to achieve exceptional results within the Group’.

There were winners who had excelled in innovation and execution across Africa. There were also those who were rewarded for their entrepreneurial abilities. The CEO of UBA Ghana, Mrs Abiola Bawuah was chosen in the special award category of “Business Leader who defied all odds and opened up new opportunities for the Bank”. Mrs Bawuah was described by the GMD as ‘a relentless CEO who breaks barriers, extends the horizon and motivates, inspires and encourages others.’

The Award which stole the show went to Ibrahim Ogbanagbo, the UBA security staff at the UBA Oba Akran branch in Lagos, who found $10,000 cash belonging to a customer and returned it to the customer. Ogbanagbo talked about how the $10,000 could have changed his life and how he could have taken it, but how his upbringing, as well as UBA’s value and focus on Integrity would never have allowed him to do so. He was given the Excellence Award for his display of honesty and integrity.
The Group Chairman, Tony Elumelu went on stage to congratulate Ogbonagbo personally. Elumelu said that Ogbanagbo exemplified someone who is committed to the hallmarks of Excellence in the execution of his duties.
“This is an example to us all. How anyone, no matter their position in our Group can distinguish themselves and set an example. Today, we stand here to celebrate a junior UBA staff member, who returned money that was misplaced and who through this action, gained much more than he could ever have imagined. As a leading pan-African bank, this is what we stand for and we commend Ibrahim Ogbonagbo for living the principle of integrity.”

Mr Ogbonagbo was not only recognized and awarded the 2017 CEO Excellence Award, but he warmed the hearts and minds of many. He received a standing ovation, as well as rewards from dignitaries in the audience who came on stage to acknowledge him. The Governor of Adamawa State in Nigeria, Alhaji Bindo Jibralla pledged the sum of $5,000 and he also received a personal commitment of $10,000 from the Governor of Bauchi state, Alhaji Mohammed Abdullahi Abubakar. The Deputy Senate president, present at the event, Senator Ekweremadu said that Ogbanagbo’s name will be announced at the floor of the Senate (on Tuesday) during plenary and will be given the sum of N5,000,000 by the Senate.

The theme for the night was “the Journey of UBA”, brought to life by an African entertainment concept, crisscrossing the length and breadth of Africa and highlighting UBA’S Pan-African vision, starting with its oldest region, West Africa and showcasing East and Southern Africa, as well as the significant presence of an African Bank in New York, London and Paris. There was dance and prose, rhythm and theatre . There were also loved artistes including Dare Art-Alade who opened the show with a terrific rendition of the Nigerian National Anthem, Adekunle Gold, Dr. Sid, Flavor N’abania, P-Square, Awilo Longomba from the Congo and the undisputed King of Juju music, King Sunny Ade. Guests and dignitaries, management and staff of UBA found themselves letting their hair down and throwing protocol to the wind.

The Bank was honoured by the presence of their Excellencies, the Governors of Adamawa and Taraba States, Deputy Senate President, Senator Ekweremadu, Governor Donald Duke, Alhaji Abdul- Samad Rabiu and many others. The ceremony also witnessed the presence of key industry players, diplomats, ministers and key influencers in Nigeria, as well as the CEOs and Board Chairmen of the 19 African countries in which UBA operates, democratising banking for over 14 million customers.

In all it was a night to remember, an evening of reward and celebration, and perhaps most poignantly, the story of how the integrity and honesty of a UBA security staff could become the role model of an African group of over 25,000 people and a symbol of the paramount commitment of UBA to its customers.

United Bank for Africa Plc is a leading pan-African financial services group, with presence in 19 African countries, as well as the United Kingdom, the United States of America and France.

UBA was incorporated in Nigeria as a limited liability company after taking over the assets of the British and French Bank Limited who had been operating in Nigeria since 1949. The United Bank for Africa merged with Standard Trust Bank in 2005 and from a single country operation founded in 1949 in Nigeria – Africa’s largest economy – UBA has become one of the leading providers of banking and other financial services on the African continent. The Bank provides services to over14 million customers globally, through one of the most diverse service channels in sub-Saharan Africa, with over 1,000 branches and customer touch points and robust online and mobile banking platforms. 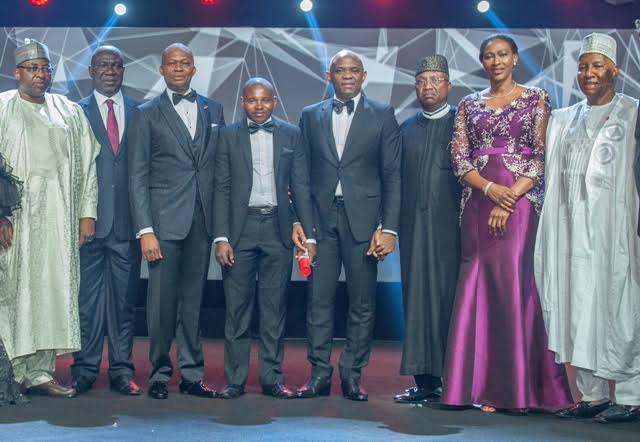 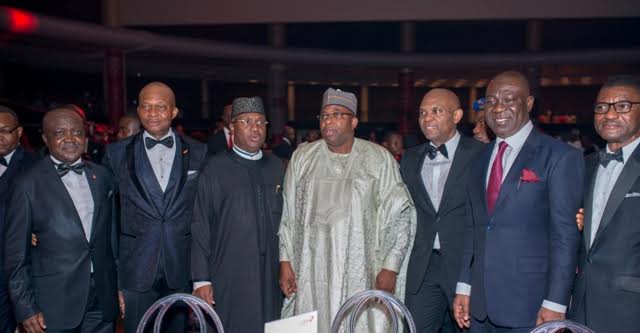 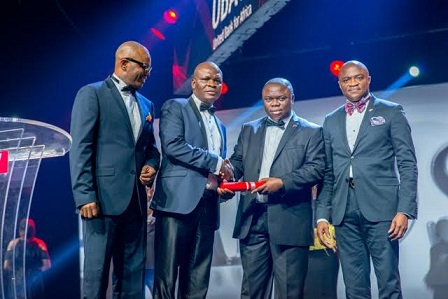 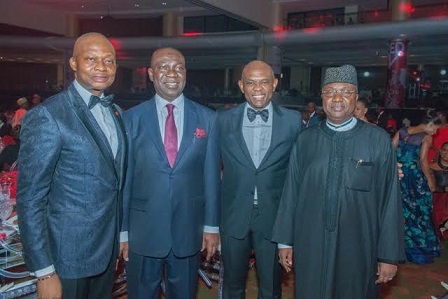 NLNG MD Elevates To NESG Board