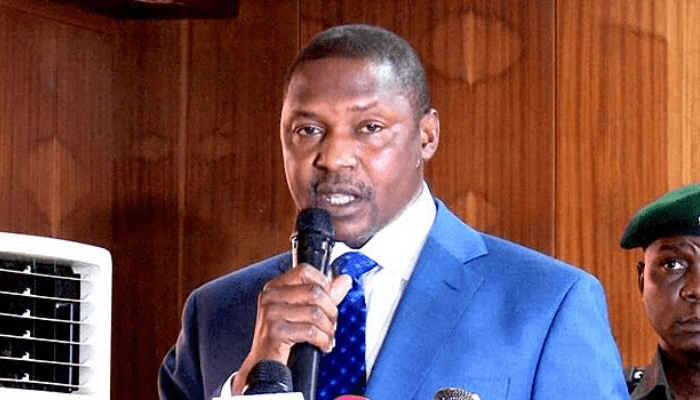 Justice Cranston J. of the United Kingdom High Court yesterday ordered the Process and Industrial Development Limited (P&ID) to make an interim payment of more than £1.5 million to the federal government within 21 days.

The £1.5 million is to cover legal costs the federal government incurred as part of its successful application for the extension of time to challenge the arbitration award and procedural hearing earlier in the year.

Also, the Attorney-General of the Federation (AGF) and Minister of Justice, Mr. Abubakar Malami (SAN) has ruled out negotiations with the company over the $10 billion arbitral award, which a London commercial court has granted Nigeria more time to appeal for it to be set aside.

Nigeria and the Irish firm are locked in a legal battle over a dispute arising from the failed Gas Sales and Purchase Agreement (GSPA) under which the company is to build a plant in Cross River State to process wet gas, to be supplied by the federal government, for generating electricity.
The UK court’s decision came after Nigeria yesterday appeared in the court for a scheduled hearing.

The hearing followed the major victory secured by Nigeria last Friday, allowing it to bring a fraud challenge against a $10 billion arbitral award obtained by vulture-fund-backed P&ID well outside the normal time limits. The hearing yesterday was held to decide procedural and costs issues relating to the federal government’s applications to challenge the arbitration award and to determine the short-term directions to trial.

Justice Cranston ordered P&ID to make the interim payment of more than £1.5 million within 21 days.

A case management conference to determine the full trial window is scheduled to take place after November.

A spokesperson from the AGF said: “This is another crucial win for Nigeria in our ongoing fight against the vulture-fund-backed P&ID. We are pleased that the English courts have taken our fraud challenge seriously and awarded us a substantial interim payment in respect of our successful application for an extension of time to challenge the award. This is a significant blow for P&ID, who continue to attempt to delay the process.

“To date, P&ID and its financial backer, VR Capital, have not produced a single document or credible witness to challenge the federal government’s fraud evidence. Instead, they continue to resort to disseminating misleading claims, while taking every step possible to delay or obstruct our investigations across multiple jurisdictions.

“The FRN remains firmly committed to overturning the injustice of the $10 billion award, and will not rest until we secure justice for the people of Nigeria – no matter how long it takes. Investigations into the GSPA are ongoing and we are confident that more of the truth will be revealed over the coming months.”

“The recent judgment of the English Commercial Court confirmed our view that P&ID and its cohorts are fraudsters who have exploited our country. They will not benefit from their corrupt behaviour.

“This is a classic case with overwhelming fraudulent and corrupt undertones. The Federal Government of Nigeria is not considering any possibility of negotiations with P&ID. It has not only fallen within the tall order exception referred to by the Hon Attorney General in his interview with Arise TV yesterday but lacks any legitimate foundation. We will not and cannot negotiate arbitral awards where the basis and foundation rely on fraud, corruption, breach of processes and procedures.”