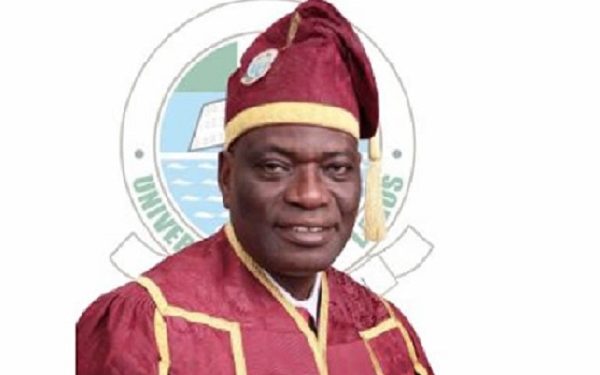 Vice Chancellor of the University of Lagos (UNILAG) Prof. Oluwatoyin Ogundipe on Wednesday rejected his sack by the institution’s Governing Council.

The Council announced Ogundipe’s removal after a meeting yesterday at the Abuja headquarters of National Universities Commission (NUC).

Prof. Ogundipe said his removal did not follow due process as enshrined in the University’s Act.

The Federal Government said it had not been notified, but affirmed that the Council has the power to hire and fire as long as the due process is followed.

Members of the Senate on the Council said Wednesday’s decision did not follow the due process.

The local chapter of the Academic Staff Union of Universities (ASUU) condemned Ogundipe’s sack and summoned an emergency congress for today at the varsity campus in Akoka.

Condemning Ogundipe’s sack in a statement, the Chairman, ASUU-UNILAG, Dr. Dele Ashiru, said the removal was illegal as it was against Section 17 of the University of Lagos Act.

The statement reads: “Our union condemns in the strongest terms this illegal reckless and destructive action by the pro-chancellor Dr. Wale Babalakin.

“Our Union affirms its confidence in the leadership of Prof. Toyin Ogundipe as the vice chancellor of a great University.”

“While the ministry awaits the proper briefing from the university authorities, it is important to reaffirm that Council has the power to hire and fire, but that due process must be followed in doing so.”