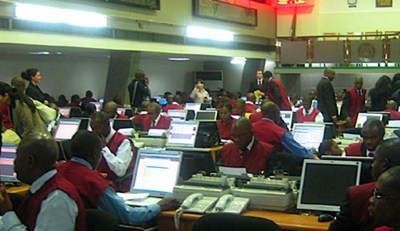 The management of The Nigerian Stock Exchange –NSE- through it trading floor, recorded a total turnover of 1.272 billion shares worth N13.993 billion in 19,385 deals were traded this week by investors on the floor of the Exchange in contrast to a total of 1.061 billion shares valued at N12.295 billion that exchanged hands last week in 18,847 deals.

The traded data disclosed that United Bank for Africa Plc toped the trading figures follows by FBN Holdings Plc while Zenith International Bank Plc came third as the most traded equities in volume, accounted for 505.388 million shares worth N5.454 billion in 4,009 deals, contributing 39.73% and 38.98% to the total equity turnover volume and value respectively 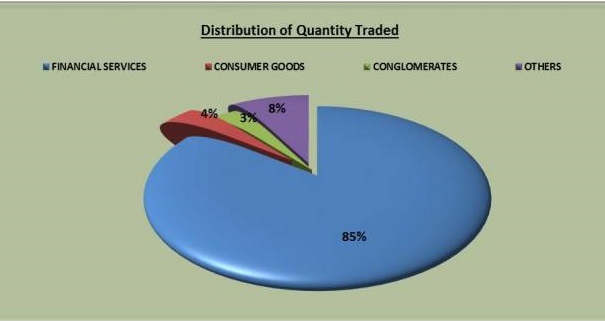 Also traded during the week were a total of 25,540 units of Exchange Traded Products (ETPs) valued at N2.646 million executed in 10 deals compared with a total of 5 units valued at N484.85 transacted last week in 1 deal.

Furthermore, the NSE All-Share Index and Market Capitalization appreciated by 2.47% to close the week at 33,261.66 and N11.464 trillion respectively which led forty–eight (48) equities to appreciated in price during the week, higher than sixteen (16) equities of the previous week.  Also twenty-seven (27) equities depreciated in price, lower than fifty-one (51) equities of the previous week, while ninety- seven (97) equities remained unchanged lower than one hundred and five (105) equities recorded in the preceding week.

Similarly, all other Indices finished higher during the week with the exception of the NSE ASeM index that closed flat.