Unity Bank’s partnership and collaboration with CBN in flagging off this year’s input supplies distribution to cotton farmers to support wet season farming is in recognition of the Bank’s established pivotal footprints in Agriculture which has been well acclaimed in various awards received by the Bank, such as the Presidential award at the 3rd anniversary of ABP, CBN award on sustainable transaction in Agriculture, etc 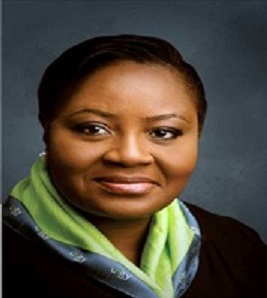 Unity Bank in line with the commitment to grow the Nigerian economy through the revival of Agriculture as the major catalyst, the Central Bank of Nigeria (CBN), in partnership with the National Cotton Association of Nigeria (NACOTAN), has flagged off distribution of Seeds/inputs supplies to Cotton farmers for the 2019 planting season nationwide.

The distribution of cotton input supplies to farmers is part of the Anchor Borrowers Programme, an Agricultural Development finance initiative of the CBN operated as an on-lending scheme with participating financial institutions packaged to channel financing support to beneficiaries in the Agric sector.

Still speaking, “what is most noteworthy is that while other banks basically concentrate on lending to big value end of the agriculture value chain such as the flour and rice millers, Unity Bank does not leave out the small holders farmers who are in primary production”.

In confirmation to the above, an analyst in his assessment stated that Unity Bank has brought in critical mass of farmers, hitherto unbanked, to benefit from various sources of funding, such as credit lines to input supplies and service providers, areas others may have considered unattractive.

According to the analyst, “Unity Bank’s involvement in the ABP has thus created huge social and economic impact on the income of households involving over 500,000 participating small-holder farmers, thereby boosting not only the Gross Domestic Product and reducing unemployment but also helping to end the perennial dissipation of scarce foreign exchange to import food”.

Mr. AnibeAchimugu, the National President of NACOTAN, said the Unity Bank/CBN programme would assist the association in sourcing the right seeds to be delivered to cotton farmers at the right time.

Achimugu listed some of the challenges facing the association to include poor seeds, poor timing or delivery of input, inadequate extension services, poor training and guidance. All these he believes, would be addressed through the participation with CBN and Unity Bank.

Creative industry to access up to N500m loans –CBN