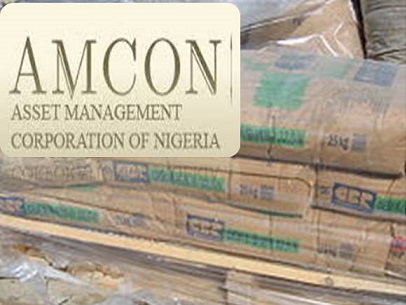 Consequent upon the court order, AMCON’s Receiver, Mr. Charles Adeogun-Phillips has formally and successfully taken possession of Gateway Portland Cement Limited factories and facilities located in Abeokuta and Mowe areas of Ogun State over a debt profile of nearly N3billion. The debt has been a subject of litigation for some time now. AMCON spokesperson, Mr. Jude Nwauzor also confirmed the presence of the Receiver at the cement factory at the time of filing the report.

The court in the ruling restrained the Gateway Portland Cement Limited and the promoters whether by themselves, their agents, privies, or whosoever howsoever from moving, into the firm, withdrawing money from or with any bank or financial institutions that hitherto does business with the cement company excluding in Nigeria pending the hearing and determination of the suit to be filed by the applicants for recovery of its outstanding debts.

To ensure that the court order is carried out as directed, Hon. Justice A.T. Mohammed directed the Inspector General of Police, the Assistant Inspectors General of Police, the Commissioners of Police in charge of any location where the pledged assets of Gateway Portland Cement Limited might be found to assist the bailiff and the AMCON Receiver, Mr. Charles Adeogun-Phillips in the enforcement of the order.

AMCON under the current management team lead by its Managing Director/Chief Executive Officer, Mr. Ahmed Kuru, has continually maintained that there would be no rest for recalcitrant debtors of the Corporation like in the case of the promoters of Gateway Portland Cement Limited, which he said remains the only way AMCON mandate could be realised within the timeframe of the assignment and in the interest of the country’s economy.

Only recently the AMCON boss told the nation that despite the efforts of the Corporation to resolve the huge debts in its portfolio, it identified 350 obligors’ accounts that represent about 80 per cent of AMCON’s current exposure of N2.5 trillion as at December 31, 2016. Kuru said it was based on this that AMCON repositioned its debt recovery approach to strengthen legal and credit restructuring units to collaborate on the aforementioned 350 accounts, which he termed “defaulters”; enhance the restructuring and turnaround team; and engage in asset tracing to enhance recoveries.